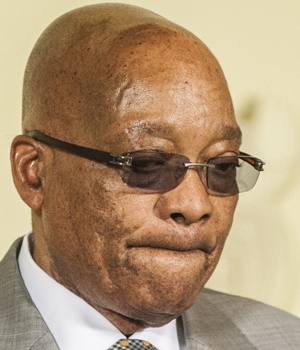 Johannesburg – President Jacob Zuma needs to come up with a “decisive response” to the latest claims around the Gupta family, Business Leadership South Africa said on Thursday morning.

“The statement by Deputy Finance Minister Jonas that he was offered the finance minister’s job by the Gupta brothers marks a grave threat to our country’s constitutional democracy,” BLSA said in a statement, signed by business heavyweights Saki Macozoma, Bobby Godsell and Thero Setiloane.

“The statement requires a decisive response from President Zuma who alone has the prerogative to appoint both ministers and deputy ministers.  If other senior public office bearers have had similar approaches, now is the time for them to take the people of South Africa into their confidence.

“Our government, the critical institutions of our democracy and indeed the citizenry of our country must choose between being a society governed by law or one captured and directed by private interests.”

The Black Business Council (BBC) joined the debate on Thursday and said in a statement it is concerned by the recent media statements alleging that the Gupta family is influencing the appointments of certain ministers within the Government of SA.

The BBC reiterated its call on government and business to engage the tough headwinds the country is faced with in improving our economic outlook and restoring confidence in our state leadership.

“We strongly urge the democratically elected national executive to navigate the country through the crisis, and to move swiftly to address and allay any and all fears of state capture,” the BBC said.

“We urge the president and the ANC to deal decisively with these allegations and reassure the nation that our sovereignty has not and will not be hijacked by private interests.”

The BBC is also concerned by the further deterioration in the rand against major international currencies.

It supports the call for a judicial commission of enquiry to remedy the situation with urgency, and arrest the threat this currently presents to the country’s economic and political outlook.

“The National Treasury of SA is a very important institution which needs to be respected and supported if we are to maintain stability in the economy and financial markets in the global environment,” said the BBC.

“To this end, we anticipate continued prudence and the strengthening of oversight and stewardship on the Treasury’s and wider government’s part to restore confidence in government and the ruling party. We will continue to support policies and behaviours that support the stability of the country and its financial markets.”

Price of yam increases in third week of March