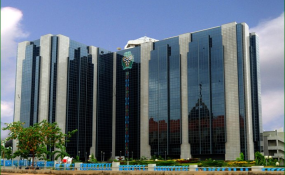 The Central Bank of Nigeria has said it opted for a secret process of hiring new staff in the past two years because the bank was doing “targeted recruitment”.

The apex bank is at the centre of a recruitment scandal exposed by two newspapers.

A news report published Wednesday by Daily Trust, said the CBN secretly recruited 909 staff between June 2014 and February 2015, in violation of due process and federal character principles.

The report followed a news story by news website, SaharaReporters, on Tuesday, showing how children and relatives of some influential Nigerians, including a nephew of President Muhammadu Buhari, were dubiously and secretly hired by the CBN.

The CBN’s acting Director of Corporate Communications, Isaac Okorafor, told PREMIUM TIMES that the bank did nothing illegal or wrong in hiring without advertising.

“In the last two years, we have had cause to recruit specialists, and what the law says is that if we are going for that kind of recruitment we should apply for waiver, so that we can do targeted recruitment,” Mr. Okoroafor said. He said the bank obtained waiver from the Federal Character Commission.

“The other issue is that there are states that are not well represented (in the CBN), and in this case we focus on those states to recruits people of certain classes that we used to cover the shortfall in those states,” Mr. Okoroafor said.

Mr. Okoroafor however said he was not ready to confirm or deny the names on the list.

“Is there any qualified Nigerian who does not have the right to work in the CBN?” he asked.