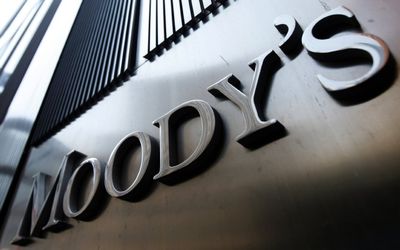 Mozambique’s credit rating was cut by Standard & Poor’s (S&P) and Moody’s Investors Service because a proposed restructuring of about $700m of bonds issued by a state-owned tuna-fishing firm could be tantamount to a default, the rating agencies say.

S&P lowered the country’s rating by one notch to CC, 10 levels below investment grade, the company said on Tuesday. Moody’s downgraded Mozambique shortly afterwards to B3 from B2.

“We could lower the foreign-currency ratings on Mozambique to ‘selective default’ if we consider the investors will receive less value than the promise of the original securities, or if we believe the offer is distressed, rather than purely opportunistic,” S&P said. “Once the exchange is completed successfully, we would expect to revise the rating.”

Mozambique said on March 9, it wanted to switch holders of $697m of state-guaranteed notes issued by Empresa Mocambicana de Atum, or Ematum, into a new interest-only bond issued by the government and maturing in 2023. The “tuna bonds” are amortising, with a coupon of 6.305%, and have a final maturity of September 2020. Details of the exchange, including the coupon on the new bond, are expected to be announced today.

Mozambique, one of the world’s poorest countries, wants to reduce its annual debt-servicing costs as it faces a cash crunch from the slump in commodity prices. Its currency, the metical, has plunged 35% against the dollar since the start of last year, making it more expensive to pay down its foreign-currency debts.

Moody’s also lowered the rating of Ematum itself three levels to Caa2 from B2, saying the offer will probably “constitute a distressed exchange leading to an economic loss relative to the original promise under the terms of the existing notes”.

Fitch Ratings, which ranks Mozambique one step above Moody’s at B, said on March 11 that the restructuring offer may be classified as a distressed exchange, which “we would consider a default event”.

The new bond, if priced at 80c on the dollar, the maximum that Mozambique says it will offer, would probably need to have a coupon of 12.5% to “ensure broad present value neutrality”, Stuart Culverhouse, an analyst at Exotix Partners in London, said in an e-mailed note yesterday. That would result in a yield of about 16.5%.

Exotix said it was surprised by the exchange offer and thought the government would abandon the idea after announcing it was thinking of a restructuring in June.

After that, Mozambique went silent on the tender, Mr Culverhouse said.

“Then to give investors just eight days to mull the offer over, seems a bit rich,” he said.