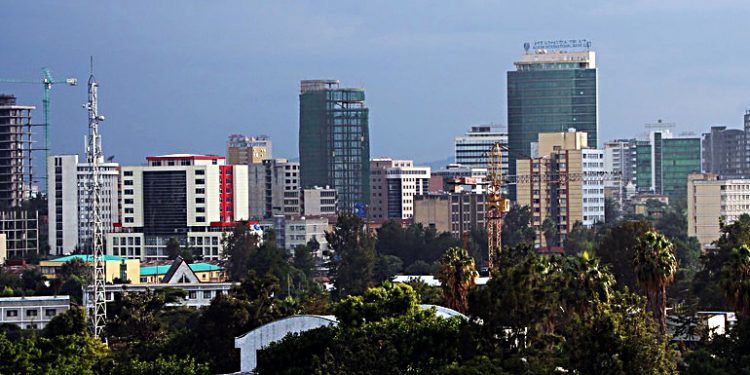 Back in 2011, the late Prime Minister, Meles Zenawi, made a rather notable remark in the presence of selected and influential businesspeople, gathered at his office, off Lorenzo Liezaz Street. In what could be considered an insightful analysis of wealth creation dynamics in the country, Meles argued that local businesspeople were being fooled to continue to put their hard-earned money in the service sector.

For Meles, taking comfort from investing in the service sector was surrendering the future of the nation to foreign capital. Excessive reliance on foreign capital is a recipe for economic colonialism, Meles explained, and hence political subjugation. The punch line in Meles’ speech came when he stated that, “soon, we all would not be having a nation of our own”, warning the traders of the importance of investing in the productive manufacturing sector.

There could be no better time for the remark to come than a time when the supply constraint in the economy grew to its peak, fuelling an inflationary supercycle, with aggregate Consumer Price Index (CPI) well over 40pc.

Meles was alarmed by the influence the traders, involved largely in the merchandise import and export business, had over the economy. Although they do little value addition, they garner huge capital leverage to easily manoeuvre the market.

Their way of hedging the risks is all the more puzzling. A typical trader will have as many licences as possible, even in the name of their dogs, as Meles noted, and use them to bet against the system. By way of influencing the supply and demand of commodities, the traders define the rules by which the price game in the market is played.

Little has changed since Meles made the remark. Of course, the controversial, leader is no longer with us but the economy of the nation is still orientated towards service sector.

Looking at the market place, one would see the herd mentality dominating the investment regime in the nation. Capital flows in the direction of transient returns. Often, the speculative path is preferred than the return path. Investing is considered analogous to money-making.

As a result of this, the Ethiopian economy remains structurally inclined towards agriculture and services. The latest figures show that these two sectors contribute about 90pc of the nation’s gross domestic product (GDP), with industry contributing only 10pc. Manufacturing’s share is miniscule, at close to five per cent of GDP.

What is described in Meles’ speech is defining the future of Ethiopia. Ownership of an economy is hugely defined by the way capital is guided. If capital formulation is driven by local resources, reinvested wisely, then, ownership of a given economy by the local citizenry could be guaranteed. But if the cream is to be left to external capital, infused in the form of the foreign direct investment (FDI), then, ownership will be compromised.

A capital formulation dynamics swayed towards foreign capital is a recipe for political instability. And this comes with a local community feeling disenchanted about the economic ownership structure and rising to reverse the trend. It is this very resultant outcome that Meles saw when he reminded Ethiopian businesspeople to “invest in the productive sector, [if they are] to own the future of their nation.”

Of course, capital formulation hugely depends on policy guidance. In this, the Revolutionary Democrats have a mixed record.

On the one hand, they have instituted a fairly functional incentive matrix – constituting provision of land with low lease price, duty free privileges, tax holidays, repatriation of profit, access to credit, and provision of utilities – meant to lure private investment into the productive sector.

Tracking their over 24 years of leadership, the Revolutionary Democrats have shown their commitment to attract capital to industrial investment through aggressive privatization, bold infrastructure investment, market networking, establishment of industrial parks and direct credit. Their courage even goes to the extent of establishing corporations aimed at filling gaps in the market.

On the other hand, doing business remains tough and costly. And much has to do with an incompetent, inefficient and cumbersome bureaucracy run by the ruling EPRDFites.

Let alone in manufacturing, the complex venture of product development, production, packaging, marketing, distribution and after-sales activity, the existing bureaucracy is not fit to serve the linear service sector. Hence, blaming local businesses for failure to get engaged in the industrial sector, without correcting the fundamentals, does not make sense.

But part of the problem lies in the investment culture of local businesses. The trend locally seems to be to look for quick money-making frontiers. Taking short-term risks to make long-term gains is considered naivety. Even when capital is not a constraint, such as the case of big conglomerates, the tendency is to settle for easy returns. That seems to be why property development, merchandise trading and services home become hot spots of investment.

At the base of such a trend of investment rests the deeply seated culture of avoiding risks. It is as if risk taking is not related to returns.

At the lower rungs of the investment regime, the predominant excuse for this is capital constraint. One may believe that this is the problem. In contrast, at the upper rungs, the excuse changes into bureaucracy. What is wrong fundamentally, however, is that the investment regime is short of daring, visionary and risk-absorbing investors willing to strategically position their firms in the upper tiers of the market. Had a critical mass of this type of investor been there, they would have had a huge pulling impact on the overall economy.

It may be said that such a generalization has its own faults. This is true. Lately, new equity based ventures have appeared in the market place. Areas such as beer, cement, logistics, car assembly, construction materials and chemicals have seen emerging equity-based share companies. But these ventures are too few to define the trend in the economy. If at all, they show just signs of change.

An economy of 91 million people, with 70pc youth, demands an aggressive shift from an investment regime centered at the service sector, to one that takes industry as its core. And this starts from a change in mindset, considering the tailwinds coming in the way of market, such as the recent membership of the economy to COMESA and the ambition to join WTO.

Whereas policymakers ought to improve the investment landscape, domestic investors have to reorient their radars towards industry. They have to see the tide of change under their feet. Local investors could learn a lot from the recent line-up of foreign private equity firms seizing key industrial assets.

As far as fundamental economics goes, there is no way that an economy could sustain growth by relying on foreign capital. Foreign capital can only supplement local resource mobilization. It should be the latter that takes the lead.

Nightmarish as it may seem, the ‘prophecy’ of Meles is a possibility. It could happen unless businesspeople change their investment mind-set from short-term, less risky and less challenging money-making (often dubbed portfolio investment), to long-term, strategic and high-return investment. But, as Nelson Mandela once said, “It always seems impossible until it is done.”