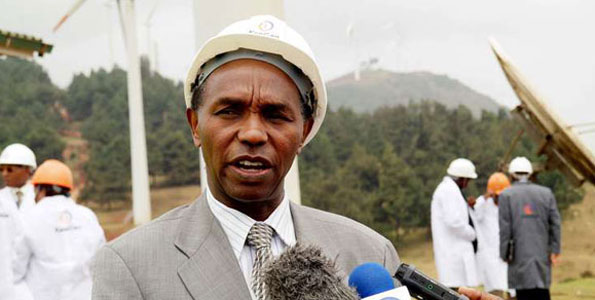 Kenya Electricity Generating Company (KenGen) has received several commitments for the financing of its various projects as it seeks to spend a total of Sh140 billion ($1.4 billion) in the period to 2019 to meet the surging power demand.

Some international development and donor agencies are proposing to finance some of the projects with KenGen co-financing through its reserves, besides a rights issue and bank borrowing.

One of the projects is going to use the private public partnership (PPP) model of financing.

Among those committed are the Japanese International Cooperation Agency (JICA) and the European Investment Bank for two Olkaria projects totalling Sh60 billion.

On Wednesday, the Treasury signed for Sh40.6 billion with JICA. KenGen is negotiating with financiers AFD (the French Development Agency) of France and KfW of German to fund other projects.

The rights issue is expected to raise Sh28 billion with the government taking up its rights by converting its existing loans into equity.

“On the rights issue, we expect to complete the process and have the money by June 30 in order to be able to roll out the planned projects soon thereafter,” said Albert Mugo, KenGen’s chief executive in an interview.

Out of the targeted production of an extra 844 megawatts, the company has already created capacity of close to 400 MW following a series of launches of geothermal plants.

KenGen currently has a total installed capacity of 1617 MW out of the national capacity of 2300MW, indicating that it has a share of over 70 per cent. Independent power producers account for the rest of the capacity.

Out of the firm’s total capacity of 1617 MW, 820MW is hydro-generated, 510MW is from geothermal sources, 25MW is from wind energy while the rest is from thermal sources.

Olkaria 5 project, which is intended to generate 140 MW, is currently at the tendering stage to enable the company break ground by July and bring the power into the national grid by 2018.

The Olkaria 5 project is sponsored by JICA and KenGen itself. It is to cost Sh40 billion or $400 million.

Olkaria 6 is another Sh40 billion ($400 million) project with a 140MW power production potential. It was intended to be online by 2019.

KenGen intends to finance it through a partnership with a private sector player. The partner is however yet to be identified. A transaction advisor – who is also yet to be named – will advise on the way to procure the private sector partner.