bycitibusinessnews
in Oil And Gas 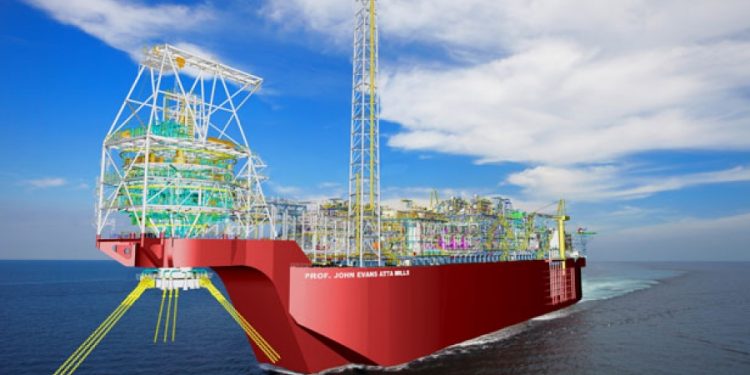 An engineering design of the FPSO Atta Mills

The second Floating Production, Storage and Offloading (FPSO) vessel which was christened FPSO Prof. John Evans Atta Mills, is to arrive this week.

With a nominal production capacity of 80,000 barrels of oil per day and a storage capacity of 1.7 million barrels, the FPSO will be attached to nine anchor piles which will maintain her position above the TEN fields, around 60 kilometers from the coast of Ghana’s Western Region.

Confirming to Citi Business News the arrival of the second FPSO, the Acting Chief Executive Officer of the Petroleum Commission Theophilus Awhireng said all was set for its arrival.

“The FPSO that will be producing the TEN fields will be arriving in the country this week; this will be the second one christened FPSO Prof. Evan Atta Mills. “It is the facility that will basically bring all the oil from the ground. We will do the initial processing and then we are sure to complete installation soon to begin production,” he stated.