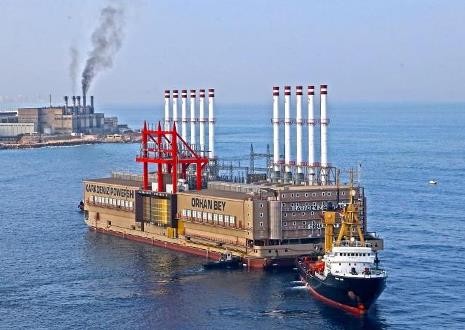 Ghana’s second Karpower ship is expected into the country by the end of the September 2016.

The second powership will also have the capacity of producing 225 megawatts of power but is expandable up to 450 megawatts.

This comes after the government of Ghana signed an agreement with Turkish power ship producer to deliver 450 mega watts of power in two power ships to help resolve the energy deficit.

The first of 225 mega watts of the powership was delivered last year November 2015.

Speaking to Citi Business News, the executive director, business development of Karpowership Company limited, Zeynep Harezi said the construction of the second power ship is 65 to 70 percent complete and would be delivered on schedule this year.

“We are going to be delivering the second powership in the beginning of the second half of 2016 in accordance to state contract rule obligations,”the Karpowership Executive Director added.

The US Ambassador to Ghana, Her Excellency, Virginia Palmer, has paid a courtesy call on Governor Ernest Addison and Management...