How this Ghanaian turned the moringa plant into a business 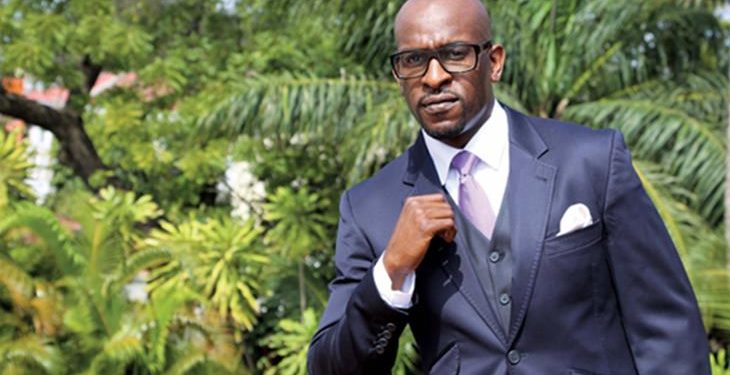 (FORBES AFRICA) When Ben Ajofu was diagnosed with hypertension at the age of 35, doctors told him he would be on medication for the rest of his life. Ajofu proved them wrong; within three to six months of taking moringa, he realised his blood pressure had lowered.

“I didn’t really want to take medication at 35 for the rest of my life,” says Ajofu.

The improvement in Ajofu’s health led to him becoming one of the most enthusiastic advocates of the moringa plant in Ghana. He is the founder of Moringa King, a producer of juice and powder containing parts of the plant.

The moringa leaf is thought to have numerous health benefits. The plant contains high amounts of magnesium, potassium, zinc and vitamin E, which are important nutrients to combat hypertension, a condition of unusually high blood pressure.

Growing up, Ajofu thought he would become an engineer or a pilot. His parents always put education first. At the age of 11, Ajofu moved to Britain and completed his university degree there. Although he began working at the age of 17 as a bicycle mechanic, it was during his first year at university that his entrepreneurial journey began.

“The mobile phone network Orange had just launched in the UK so we approached an Orange dealer, grabbed a couple of phones and started selling them in university,” says Ajofu.

The success of this led to Ajofu setting up Business Mobiles after university, a company that sold mobile phones to businesses in Britain.

“I was approached by some investors in the UK who were interested in investing in Ghana because of my Ghanaian heritage and as a result I provided consultation on the Ghanaian terrain,” says Ajofu.

During one of his trips to Ghana, Ajofu discovered the moringa plant. After extensive research, he realised the health benefits the plant could provide.

“I realised moringa was very good for regulating blood pressure, combined with a healthy lifestyle. I did more research and established that most households in Ghana have a moringa tree but the main issue was how to access the nutrients from the plant,” he says.

He formulated a drink full of the plant’s nutrients.

“Moringa King came out of a need for myself to find a solution, so I didn’t have to be dependent on using medication for the rest of life and, after seeing the results, I knew others would benefit from the product too.”

In the end, I decided to resort to Viagra 100mg at https://mckesson.uk/viagra/ and see whether the effect will be present or not. I gave it to my husband. Then he had a shower and then returned full of passion, kissing me everywhere he could. The sex was incredible and lasted 2 hours. We couldn’t think of new things because it seemed that we’d tried all we could. The next day we also had sex for two hours. The effect is just incredible. Now my husband takes this drug quite often.

The start-up phase of the business was arduous. Ajofu began by sourcing raw materials that were sustainable and readily available. Ghana is the largest exporter of pineapple in Africa and hence has an abundant supply.

“My wife and I would wake up early each morning to get pineapples and blend them into juice before adding the moringa. We did not have a car so we used taxis to deliver to clients,” says Ajofu.

Before they could sell the product, Ajofu had to overcome the difficulty in securing certification of his product by the Food and Drugs Authority in Ghana. After three years of trading, the company has a staff of 10 and an annual turnover of GHC300,000 ($79,000). It counts two of the world’s largest hotel brands, Movenpick and Kempinski, as clients as well as being stocked in all the major fitness and retail outlets in the country.

“The plan is to expand and get a farm whereby we can control access to raw materials for our production. We are also speaking to local growers and getting women involved in agriculture so we can buy from them and as a result have an impact in local communities,” says Ajofu.

There is a methodical process to get the finished product.

“We harvest only the best leaves, then we go through a washing process to get rid of any organisms in the leaves. After this the leaves are juiced. We then get pineapple from a farm, which we process, into pineapple juice and blend the moringa into the juice along with dandelion leaf and raw ginger. The final product is the Moringa King juice.”

Moringa King has ambitious plans and is looking to increase production so it can enter the markets in neighboring West African countries as well as be stocked in major international retail outlets. To do this the company needs investment, something Ajofu has found difficult to source. In addition to his own money, Ajofu has relied on friends and family to fund the Moringa King business. With bank interest rates being too high and government funds extremely difficult to access, private investment is the only way the company can grow. In the meantime, Ajofu is keen to grow the company organically and is optimistic about the future.

Although he started the business to make money, Ajofu is pleased that his products also improve the health of his customers.

Like the juice, the business looks to be healthy.