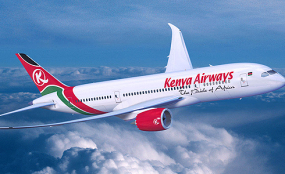 Kenya Airways (KQ) will send home 600 employees in its rationalisation plan starting May 2016.

The move, which is part of the struggling airline’s “Operation Pride” turnaround programme, is hoped to fly it to profitability.

The move is likely to arouse backlash from the aviation workers’ unions, one of which has been at loggerheads with Kenya Airways in several occasions.

KQ Chief Executive Mbuvi Ngunze described the move as one of the “hard decisions” the airline has had to make to improve profitability.

He said the airline would also relook at its operating model and network and seek a long-term financial structure for the heavily indebted carrier.

“The decision is not made lightly, and I want to thank all employees for their tremendous resilience and commitment in serving our guests in challenging times for the company.

“I am confident that with the support of all staff, unions, shareholders, creditors, financiers and all other stakeholders, Operation Pride will bring back the airline’s long term profitability and reconfirm our position as the Pride of Africa,” Mr Ngunze said.

The flag carrier hopes to scoop some Sh2 billion and spend it in various initiatives, mainly focused on increasing revenue and cost reduction.

KQ says its turnaround plan is on course having disposed some of her redundant aircrafts and subleasing others. The flag carrier also claimed to have reduced waste in catering, and renegotiation of some contracts.

“So as to achieve these targets, the board has, after re-evaluating the various options, come to the painful decision that part of the required overhead savings will be derived from a decrease in staff headcount,” read a statement from the airline released late Thursday afternoon.

The 600 staff to be made redundant will be drawn from various departments and all cadres of staff. A list is being worked on to detail the positions and specific staff to be affected by the exercise