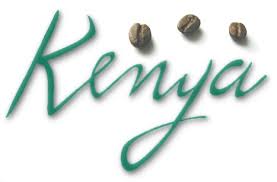 Kenya’s ambition of becoming a middle-income economy with per capita income of between $1,045 and $12,736 hangs in the balance as the government struggles to meet key growth targets under its long-term development plan called Vision 2030.

Latest data from the Kenya Vision 2030 Delivery Secretariat paints a grave picture of the achievements made in the past eight years with concerns over low levels of economic growth, domestic savings, national investments and employment figures.

Kenya’s economy has grown at an average rate of four per cent in eight years against a planned 10 per cent, thanks to the poor performance of key economic sectors such as agriculture, manufacturing and tourism.

“We are still at the lower end with respect to national savings as compared with the other East African countries. This can partly be explained by the high cost of living in Kenya,” Prof Gituro Wainaina, the acting director general of Kenya’s Vision 2030 Delivery Secretariat, told The EastAfrican.

Kenya’s regional counterparts have also developed their own development blueprints — Uganda has formulated Vision 2040, Tanzania Vision 2025, Burundi Vision 2025 and Rwanda has Vision 2020 — but there are plans to align all of them to the EAC Vision 2050.

Official government data shows that Kenya is lagging behind in achieving its key objectives under the development plan.

During the first five years (2008-2012) of the plan, Kenya’s economy grew at an average rate of 4.18 per cent against a target of 8.66 per cent while investment averaged 20 per cent of gross domestic product (GDP) compared with a target of 27 per cent.

“We have not met our investment targets because of our ambitious investment, especially in infrastructure. In addition to foreign direct investments, we need to focus on mobilising the domestic savings through pension funds, saccos, and the insurance industry,” said Prof Wainaina.

According to the Kenya Vision 2030 Delivery Secretariat, challenges related to lack of funding, lengthy procurement processes and litigation on tender awards, land acquisition and compensation issues as well as high transaction costs have worked out to stifle implementation of flagship projects.