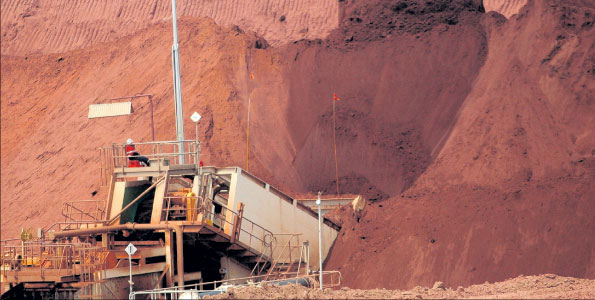 Lack of extensive data on mineral deposits has curtailed investment in Kenya and other Common Market for East and Southern Africa (Comesa) countries targeting to grow their wealth from mining, analysts said.

Dr Tim Griffin, deputy director-general in the Western Australian department of Mines and Petroleum, said uncertainty over the accurate mineral capacity has kept off some potential investors.

“Geological information is generally lacking in Africa and is a concern. Exploration is a risky venture and Africa needs to package its mineral profile to attract investment,” he told the Business Daily on the sidelines of a mining workshop in Nairobi on Friday.

“Canada and Australia relied on providing comprehensive data to investors and that has made them the leading mining nations they are today.”

Kenya exports titanium, fluorspar and manganese and has reserves of coal, niobium and rare earths, but mining currently accounts for less than 1 per cent of its economic output.

Government revenue from mining rose to Sh1.35 billion in the year ended June 30, 2015 compared with Sh21 million in 2012, statistics by the Mining ministry showed.

The ministry targets to roll out an airborne survey to map mineral wealth and spur growth in the sector.

The 30-month survey will be carried out by Chinese firms with Kenya appointing an independent panel to oversee the quality of the results from the primary data.

The Mining ministry last July said that the government was close to sealing a deal with China’s Exim Bank for the funding of a $67 million (Sh7.1billion) airborne survey.

The government is banking on the study and recently passed Mining Act to help revamp the mining industry which has largely remained neglected by successive governments since independence from Britain in 1963, with foreign companies being put off by poor infrastructure and an outdated legal framework.

The Senate in July passed the Mining Bill 2015, raising hope for improvements in the sector.

Among others, the Bill seeks to “modernise” the mining industry and make it attractive for investments that are expected to raise its contribution to at least 10 per cent of gross domestic product.

A recent improvement in global prices of various commodities found in Kenya and investor appetite for new frontier markets has revived interest in country’s mining potential, pushing the government to pay attention to the sector.