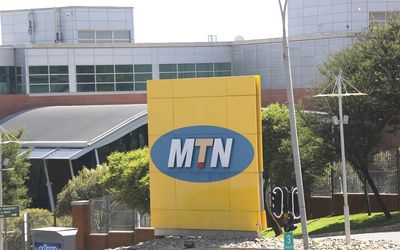 MTN Group said Nigerian regulators had lifted a suspension on services to the cellphone firm, in an indication relations between the two sides are thawing, as they negotiate the payment of a record $3.9bn fine.

The Nigerian Communications Commission “has lifted the suspension on regulatory services to MTN Nigeria”, the company said on Tuesday. The move allowed it to seek approvals for promotions and other plans to grow in the company’s biggest market, MTN said.

The commission suspended services to MTN in October for failing to meet phone-service quality standards.

Later in the same month, the regulator imposed a $5.2bn fine on MTN, afterwards lowered to $3.9bn, for missing a deadline to disconnect 5.1-million subscribers deemed to be improperly registered by the government, which is conducting a crackdown against Islamist insurgents.

Boko Haram’s campaign to impose its version of Islamic law has led to the death of more than 10,000 Nigerians since 2009.

The lifting of the regulatory sanction may signal progress on the bigger standoff between MTN and the government, according to a lawyer following the case.

“This is essentially another move in the tit-for-tat negotiation process,” said Dominic Cull, a regulatory lawyer at Cape Town-based Ellipsis Regulatory Solutions. “Lifting the regulatory hurdle is a positive step, and means a resolution to the fine might be around the corner.”

MTN has offered to pay a fine of about $1.5bn, made up of cash, bond purchases, and access to its network. Last week, President Muhammadu Buhari, in his first public comments on the matter, rebuked MTN in front of South African counterpart Jacob Zuma during a visit to Abuja.

The company had been slow to disconnect phone lines used by Boko Haram militants, contributing to casualties in the conflict, Mr Buhari said.

Bloomberg reported last week MTN’s proposal included the 50-billion naira ($250m) that was paid last month to continue negotiations and a further 100-billion naira in five annual instalments between the signing of an agreement and the end of 2020. The company also pledged to purchase 80-billion naira of Nigerian sovereign debt issued on global markets in 2016-17 to demonstrate” its commitment to and confidence in the Nigerian economy”.

Thirdly, MTN would give the government access to its fibre network until 2020, an offer the company valued at 70-billion naira.