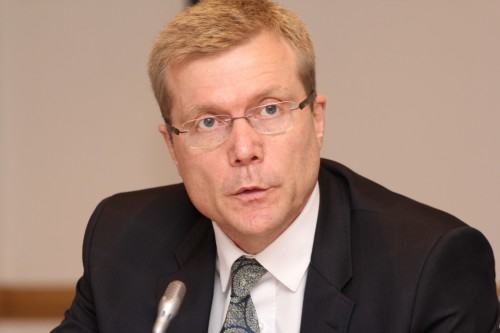 Companies listed on the Nairobi bourse will now have to disclose the reasons behind the exit of their board members and top managers such as chief executives and chief finance officers, as per fresh rules gazetted by the capital markets regulator.
The Capital Markets Authority (CMA), in a new detailed corporate governance code, has set the rule in a bid to improve management transparency at Nairobi Securities Exchange-listed firms.

The new rule takes effect immediately and is expected to enforce a culture change among Kenya’s listed companies that do not disclose reasons behind the exit of directors or top managers — even in cases of professional misconduct — posing systemic risks to the capital markets as such the individuals moving to other public listed firms.

“The Capital Markets Authority shall be notified immediately the resignation takes place and such notification shall include detailed circumstances necessitating the resignation,” said CMA acting chief executive Paul Muthaura in a notice published in the Kenya Gazette dated March 4 2016.

About a dozen executives at Nairobi Securities Exchange-listed firms have quit the companies they led after facing allegations of cooking books, theft, poor earnings, and poor management decisions — but companies have been clothing such exits in euphemisms.

For example, BAT Kenya last month announced the exit of former Uchumi CEO Jonathan Ciano from the cigarette maker’s board — but did not disclose the actual reasons behind the move.

“For personal reasons, Jonathan Ciano has tendered his resignation as a non-executive director,” BAT Kenya said in a regulatory filing dated January 28, 2016.

Mr Ciano is alleged to have manipulated Uchumi’s books of account to the tune of Sh1.04 billion, according to a forensic audit by KPMG.

He is also said to have been one of the biggest suppliers of fresh produce to Uchumi, amounting to a conflict of interest.

Mumias Sugar in June 2014 declared that chief executive Peter Kebati alongside finance director Chris Chepkoit were leaving the company, but failed to disclose the intrigues behind their exits.

Mr Kebati and Mr Chepkoit were later named in an ongoing court case as the persons behind a systematic illegal sugar import deal that was later re-sold under the Mumias brand.

In January, Kenya Airways announced finance director Alex Mbugua had left the carrier. No reasons were given for his exit, but KQ only named Dick Murianki as the acting group finance director.

Mr Mbugua was a long-serving employee of the airline who held a critical position at the time of his exit, yet KQ did not disclose whether his departure was occasioned by termination or end of his contract or any other reasons.
–
Source: Business Daily