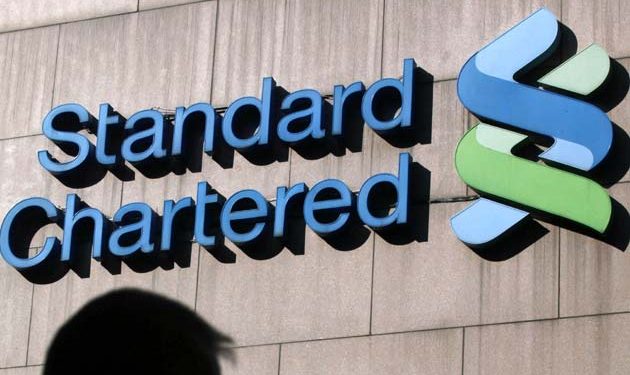 Banking giant Standard Chartered Ghana recorded a massive dip in its profit for 2015.

The bank’s profit for 2015 declined by a little over 68 percent.

The bank’s net cash generated from investing activities dropped to about 2.8 million cedis from the 6.4 million cedis recorded in 2014.

Meanwhile the bank’s Non -Performing Loan (NPL) -Bank of Ghana, basis went up to 43.40 percent from the 27.36 percent recorded a year earlier.

The bank’s dip in profits though not surprising was much lower than industry players had predicted.

Stanchart Ghana’s woes is much larger than meets the eye, the bank’s parent company is  burdened with bad loans following the drop in commodity prices and a slowdown in growth in Africa , China and India.

The Asia focused bank operates in 15 African countries, including Ghana, Nigeria and Kenya.

Standard Chartered late last year announced that it expects to invest $250 million in Africa between 2016 and 2018 and will change its corporate, commercial and retail units.

The bank’s parent company based in London also late last year – 2015, announced it will eliminate 15,000 jobs, or 17 percent of its workforce, as soaring bad loans in emerging markets hurt earnings.

The bank’s subsidiary in Ghana in January, 2016  was hit with some law suits after some workers of the bank to be laid off in Ghana this year dragged the bank to court over the severance package being offered them.

2015 was a tough year for most business due to Ghana’s economic challenges and the banking industry was no exception.

The industry for some time now has been one of few which had recorded impressive gains despite the economic challenges which begun about three years ago.

But industry players as well as the Bank of Ghana had warned most bank’s would be seriously affected by the economic challenges in 2015.

According to the central bank’s recent Financial Stability Report released in November, 2015 the key challenges to the sector include the declines in profitability due to rising operating costs as a result of the energy challenges and the rising non-performing loans.

But according to the central bank the coming of the power barges in the last quarter of 2015 will minimize the energy challenges to a large extent and consequently reduce the banks high operating costs and contribute to enhancing banks’ profitability.

Indicators of profitability for the banking industry showed some deterioration in banks’ earnings performance for the period ended September 2015.

Interest income from loans continued to be the main source of income for the banking industry and constituted 50.1 percent of total income in September 2015 compared with 45.2 percent in September 2014.