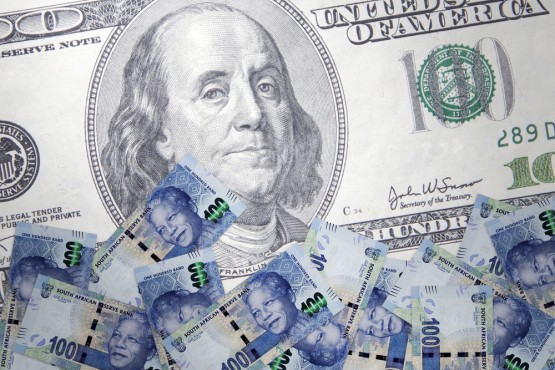 South Africa’s rand fell early on Thursday after claims that a wealthy family with close ties to President Jacob Zuma may have been behind his decision to sack the country’s respected finance minister Nhlanhla Nene in December.

The opposition called for the resignation of Zuma after Deputy Finance Minister Mcebisi Jonas said late on Wednesday the Gupta family had offered him Nene’s job but that he had rejected it immediately on the grounds that such a move violated South Africa’s democracy.

At 0657 GMT the rand had slipped 0.64% to 15.7400 per dollar, reversing gains triggered by the United States central bank’s decision to keep its lending rates unchanged.

Jonas’ claims concerning the Guptas came just as a prolonged row between Finance Minister Pravin Gordhan and the elite Hawks police unit has raised concerns that the run on the rand and bonds seen in December when Nene was fired could be repeated.

Earlier on Wednesday, the rand had slipped to its weakest in more than two weeks over that stand-off.

Bonds were flat in early trade. The benchmark paper due 2026 still hovering around two-week highs at 9.465%.

Gordhan’s confrontation with the police and the claims by Jonas come in the same week that rating’s agency Moody’s was expected to be in the country to decide on whether to downgrade the country’s credit rating, which is two notches above “junk”.

South Africa’s Reserve Bank decides on interest rates at 1300 GMT, where is expected to keep rates on hold.

Zuma is due to answer questions in parliament on Thursday, and the ruling African National Congress (ANC) is holding a scheduled meeting of its top brass this weekend at which the scandal will be discussed.

“The whale in the room is that the ANC could recall (remove) the president this weekend,” said chief analyst at Rand Merchant Bank John Cairns in a note.

Algeria's Gas Production Expected to Boom As From 2018