‘Use qualified accountants to check waste in assemblies’-ICAG 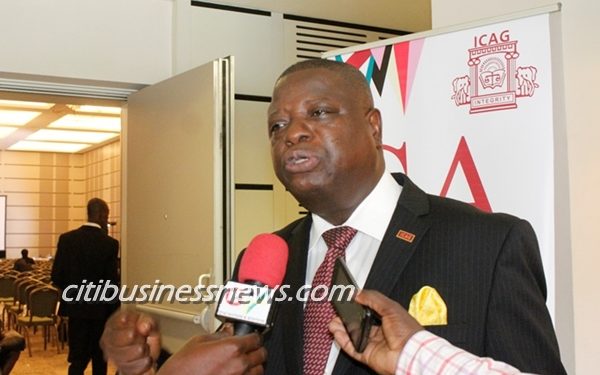 The President of the Institute of Chartered Accountants-Ghana (ICAG), Professor K.B Omane-Antwi

As public outcry rages on the waste of funds captured in the 2014 Auditor Generals’ Report, government has been advised to employ the services of qualified accountants from recognized institutions to help curb misappropriation of funds recorded by Metropolitan, Municipal, and District Assemblies (MMDAs) across the country.

In the 2014 Auditor Generals’ Report, most account officers in MMDAs could not account for huge monies approved for projects.

According to the 152 page report, 43 assemblies failed to account for over 1 billion Ghana Cedis.

The report for instance mentioned the Nkwanta South, Jasikan, and Kadjebi Districts as being the worst financial performers.

Even though the situation is not different from previous years, calls to sanitize Ghana’s public coffers have heightened as the nation loses millions of Ghana cedis through misapplication of public funds.

He maintained that there are rules and regulations guiding the profession to make it accountable and transparent, but non-qualified accountants are unaware of the rules leading to loss of funds.

“Sometimes when they say an accountant has been cited for wrongful booking, the question I first ask is, those who have been cited are they professional accountants, or they are just accountants that have degrees”, he queried.

Professor Omane-Antwi explained that “the mere qualification of a degree or a PHD in accounting does not make one a professional accountant”.

According to him, professional accountants go through rigorous training to enable them block leakages that may lead to corruption.

He appealed to government to use the qualified ones to reduce waste and corruption since sanctions would be preferred against such accountants if they flout the laws.