The price of fresh tubers of cassava has declined for the second consecutive time in June.

The price of the commodity dropped by 3 percent to close the week at 7 cedis 50 pesewas for three to four tubers.

Meanwhile gari recorded the highest gain in price for the third week in June.

According to figures released by Esoko Ghana, the price of the commodity increased by 4 percent to close the week at 6 cedis 60 pesewas per medium size tin.

Yam also followed with a 3 percent increase in its price.

A medium size tuber of yam is now selling at 7 cedis 20 pesewas.

The prices of groundnut, soyabean and cowpea all went up by 2 and 1 percent each respectively.

The price of millet, maize and wheat also declined in prices.

Esoko reports that across the various markets, a “medium size tomato tin” full of fresh tomatoes dropped 21 percent in Kumasi and Techiman to close the week at 14 cedis 70 pesewas and  11 cedis respectively.

The commodity however made some gain in Accra, Bawku, Tamale and Damba.

However in Tamale, the price of tomato gained 20 percent to close the week at 7 cedis 20 pesewas. 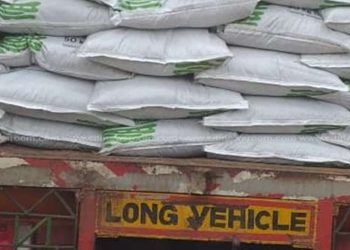 The Chamber of Fertilizer-Ghana has stressed the need for standards of fertilizer production and distribution to be raised and monitored...