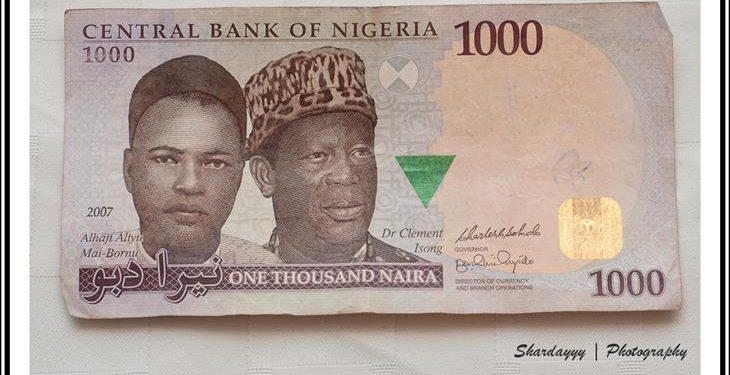 Nigeria’s central bank is “reasonably optimistic” the naira will settle at around 250 to the U.S. dollar after an initial period of weakness following a flotation on Monday, the bank’s governor has said in a letter to President Muhammadu Buhari.

Nigeria’s central bank said on Wednesday it would begin market-driven foreign currency trading next week, abandoning the peg of 197 naira per dollar that it has supported for 16 months.

Foreign investors and economists have called for months for a devaluation as chronic foreign currency shortages choked economic growth and deterred investment.

The naira is expected to fall sharply when interbank trading begins on Monday, but the central bank said it did not have a target for the currency and the price would be “purely” market-driven. The naira was trading on the black market at around 370 to the dollar on Thursday.

Giving the first indication of a target, Governor Godwin Emefiele said in a June 3 letter to Buhari — seen by Reuters — that the central bank hopes the naira will eventually trade at around 250 per dollar, a level the president has “approved”.

“I must assure Your Excellency that we are indeed reasonably optimistic that at some point the rate will settle around 250 naira,” Emefiele says in the letter.

Buhari has for months said that he does not want the naira to be devalued, but backed a more flexible exchange rate policy when the central bank outlined its plans in May, without elaborating.

The presidency has not commented on the new regime, with Buhari’s spokesman declining to comment when Reuters called on Wednesday.

The central bank could not be immediately reached for comment.

Africa’s biggest economy, which contracted by 0.4 percent in the first quarter, faces its worst crisis in decades after the decline in oil prices since 2014 and last year’s introduction of a currency peg, which prompted a large-scale capital flight.

With a likely sharp fall for the naira, Nigerian products will become relatively cheap and imports more expensive, which should stimulate the domestic economy but also lift inflation.

Buhari has previously raised concerns about the inflationary impact that a weaker currency will have on Nigeria’s poor.

Nigeria, Africa’s largest crude exporter, has resisted devaluing its currency for more than a year despite other major oil producers, including Russia, Kazakhstan and Angola, allowing currencies to fall after crude prices collapsed.