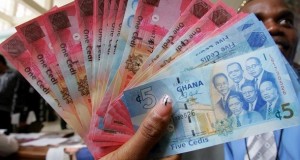 The Governor of the Bank of Ghana (BoG) Dr. Abdul Nashir Issahaku has described as worrying the country’s current average lending rate which is hovering around 33 percent.

According to Dr. Issahaku, the central bank is committed to bringing down lending rates by tightening monetary policy.

“It is a worry and that is why we are working around the clock to bring down the rates. We will see the rate coming down if the disinflation process is consolidated and when inflation begins to come down substantially, of course it will pull down interest rate. And that is our mandate to bring down inflation,” he said.

He stated that the central bank had to embark on monetary tightening now to control inflation.

“It’s a bitter pill that we are swallowing now to ensure that stability returns to the economy and once that happens am sure the interest rate will come down,”he stressed.

Latest macroeconomic and financial data from the BoG showed that the average lending rates in the country  reached an all time high of 33 percent as at the end of August 2016 compared to the 27.9 percent recorded in the same period in August 2015.

Most banks are now cutting back on lending to customers due to the rise in Non Performing Loans (NPL).

high NPL’s, interest rates and significant drop in loans and advances to the public.

Meanwhile an economist, Dr. Eric Osei Assibey has expressed disappointment at the Bank of Ghana’s (BoG’s) decision to maintain the Policy Rate at 26 percent.

Dr. Osei Assibey stated that the decision to maintain the policy rate at 26 percent will continue to affect the cost of borrowing, restricting the ability of businesses to expand.

He was of the view that with the current harsh conditions that businesses go through, the committee could have reduced the rate to help interest rates come down for businesses to expand their operations.