As some observers point to a possible load shedding by early 2017, the Petroleum Commission has said that Ghana will have reliable gas supply from the Sankofa Gye Nyame field to produce about thousand megawatts of power by mid next year.

The New Patriotic Party (NPP) yesterday warned that Ghana could  return to another period of  power crisis due to a possible shortage of about  700 megawatts of power  in early 2017 due to drop in gas supply.

But speaking to Citi Business News, the Director of Special Services at the Petroleum Commission, Kwaku Boateng stated that the Gye Nyame Sankofa field will hold the capacity to produce about 1.1 trillion standard cubic feet of natural gas to produce reliable power.

“This FPSO will process and store oil and gas. But that particular project is mainly gas project and we believe that it has the capacity to process and deliver over 180 million cubic feets of gas, capable of generating nearly thousand megawatts of electricity.” he said.

He added that “So once that FPSO comes and full production begins, Ghana will have the right quantity of gas supply domestically for our power generation and we expect that that will in a long run contribute towards fixing the challenges we have in the power sector. In the sense that for the first time in the country, we would be nearly almost be self sufficient in terms of fuel for power generation.”

He contended that the project will be crucial in averting any power crisis by next year since it will guarantee reliable gas supply.

The Ghana National Petroleum Corporation (GNPC) announced earlier that the FPSO being constructed for the Sankofa Gye Nyame Oil and Gas Project was 80 percent complete.

ENI, the operator, holds a 47.2 percent participating interest in the block while Vitol holds 37.8 percent.

The CEO of the GNPC, Mr. Alex Mould assured that the construction of the new FPSO is on schedule in an interview with Citi Business News. 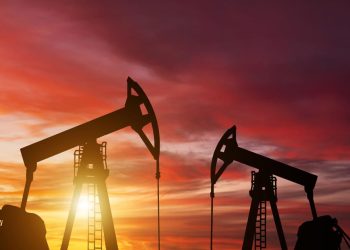 Ghana’s vast hydrocarbon potential and the opportunities for investors to participate in the broader energy sector’s development were highlighted by...