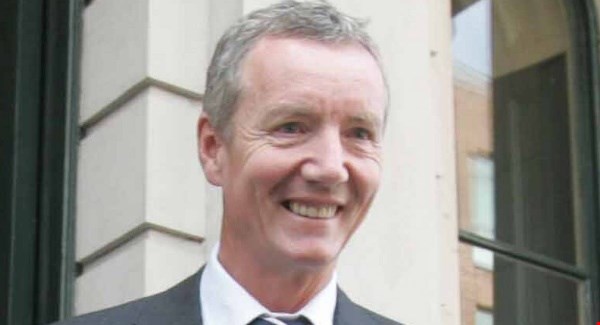 Founder and current CEO of Tullow Oil Aidan Heavey is to take up the position of chairman of the Tullow group.

The move is however subject to approval by shareholders through a vote on its next AGM which is slated for 26 April, 2017.

A statement from Tullow on the matter said ”Mr. Heavey’s tenure as Chairman will not exceed two years from 26 April 2017 and his appointment is subject to a vote at the AGM”.

Aidan Heavey will be succeeding Mr. Simon Thompson who served as Chairman of the Group for five  years and of the board for six years.

Mr. Simon Thompson will be stepping down from the Board.

While Ann Grant, Senior Independent Director, will retire at the AGM after nine years’ service on the board.

Jeremy Wilson, a non­executive Director of Tullow Oil plc and Chairman of the Remuneration Committee, will succeed Ms Grant as Senior Independent Director.

Simon Thompson, Chairman of Tullow Oil plc, commented, “The Board and I have long been aware of the need to plan carefully for Aidan’s retirement from Tullow as our founder and after 31 years as CEO.

After careful consideration of the options, we are confident that this succession plan provides Tullow with the right combination of stability, continuity and fresh­ thinking. Paul has been an outstanding member of the Board and has served Tullow with great distinction for 12 years as COO.

With Aidan as Chairman, Paul and Tullow will continue to benefit from the founder’s years of experience and deep understanding of the relationships that underpin our business in Africa.

I would like to thank Ann for her outstanding contribution to the Board over nine years and wish Jeremy well in his new role.”

We have a world class business with high quality assets and strong relationships across Africa that underpin our business.

We have begun the vital process of deleveraging our balance sheet and our focus will now move to returning the business to growth as the recovery in the sector develops.”

Aidan Heavey, Chief Executive Officer and Chairman designate, also commented “Simon has been Chairman of Tullow during some of our most exciting but also some of our most challenging years and I thank him for his help, guidance and advice throughout his tenure.

Paul has run our business as COO since 2004 and has two major deep water developments to his credit at Jubilee and TEN. He is a Tullow man to his core and I can think of no one that I would rather have succeed me.

I look forward to working with him closely during a transition period before assisting the Board in finding my successor as Chairman.

European shares down, weighed by healthcare sector after Trump comments