Algeria: Focus On Sub-Contracting in 2017 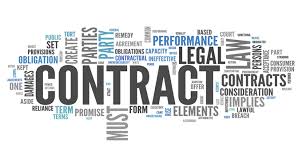 “The year 2017 will be that of subcontracting,” Industry and Mines Minister Abdeslam Bouchouareb said Thursday in Setif.

The minister also recalled the numerous incentives included in 2017 Finance Act to investors in the subcontracting sector.

Paying an inspection visit to a tire production unit under construction in Setif industrial zone, the minister stressed that this unit with a production capacity of 2 million units per year for a national market of 6 million units “will shift to subcontracting for the automotive industry.”

Bouchouareb said that his visit to this unit is intended to help it reach the production phase as soon as possible and contribute to the economy diversification process and the reduction of dependency on hydrocarbons.

In 2017, Algeria will be self-sufficient in phosphate and will direct its surplus towards the export especially to China and India, he said.

Concerning the export of cement, the minister said that platforms are being developed in ports.

He also recalled the government’s decision to boost the industrial investment to transform Algeria by 2019 into an “emerging country”.

The minister focused on the government’s interest in addressing investor concerns, including those related to industrial land with the creation of 22 industrial zones.