Dow breaks above 20,000 as US stocks hit all-time highs 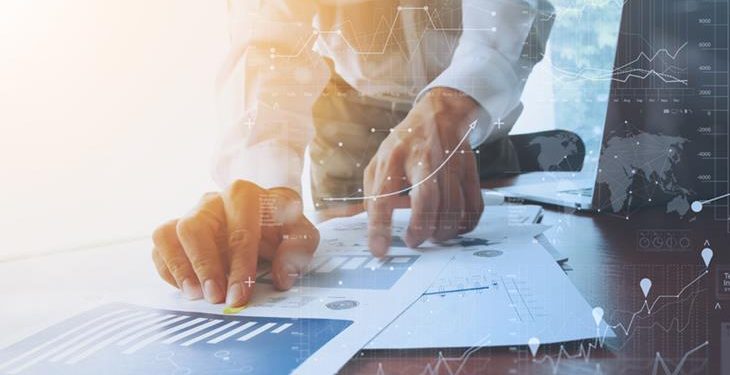 The Dow Jones industrial average broke above 20,000 for the first time shortly after the open, rising more than 100 points as Boeing and Caterpillar contributed the most gains.

“Traders have been waiting for more details on infrastructure spending and now they have it in a very clear format,” said Naeem Aslam, chief market analyst at Think Markets. “There is nothing bigger than this. A break of 20,000 for the Dow stimulates fresh capital which has been waiting for this moment to join this party.”

On Tuesday, President Trump signed executive orders that will make it easier for TransCanada to build the Keystone XL pipeline and for Energy Transfer Partners to build the final uncompleted portion of the Dakota Access pipeline. The orders helped lift the materials sector to a 2.5 percent gain Tuesday.

“There’s no question that some of the executive orders he’s signed are good, especially deregulations,” said Peter Cardillo, chief market economist at First Standard Financial. “Anything else should be seen as a question mark. We don’t know what a wall on the Mexican border would mean for Nafta.”

Trump was expected to roll out executive orders on immigration on Wednesday, starting with steps to tighten border security, including his proposed wall along the U.S.-Mexico border.

U.S. stocks had rallied significantly following the presidential election, with the S&P 500 advancing 6.57 percent since Nov. 8, entering Wednesday trading. The rally was largely propelled by the prospects of lower corporate taxes, deregulation of certain sectors and more government spending.

However, investors should look out for a potential pullback from these levels, said Jeremy Klein, chief market strategist at FBN Securities. “If funds continue to shovel capital into equities in advance of an inevitable reprise of an undesirable bout of skittishness, then shares may suffer a selloff greater in magnitude and duration than I anticipate,” he said.

AT&T, eBay,Qualcomm, F5 Networks, Las Vegas Sands, Vertex Pharma and Western Digital are among the major companies all due to report after the market close.

How China contractors drove Kenyan firms out of mega projects