Dr. K.K Sarpong to take over as GNPC CEO 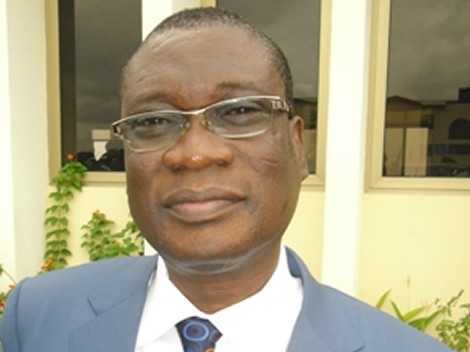 Information gathered by Citi Business News indicates that Dr. Kofi Kodua Sarpong will be taking over from Mr. Alex Mould as the Chief Executive Officer(CEO)  of the Ghana National Petroleum Corporation(GNPC).

Mr. K.K Sarpong who was the former CEO of the Tema Oil Refinery (TOR) was appointed as the Executive Chairman of Asante Kotoko FC in 2010, but resigned in 2013.

He was until July 31, 2012 the Executive Chairman of Finatec Limited a consortium of Chartered Accountants, Lawyers and Investment Experts.

Dr. Sarpong garnered his International working experience with International Cocoa Organization as the Head of Administration and Financial Services Division from January 1999 to 2003.

At the Ghana Cocoa Board, Dr. Sarpong worked as Deputy Chief Executive (Finance and Administration) from 1994 to December 1998.

He worked with Produce Buying Company Limited as the Deputy Managing Director (Finance and Administration) from July 1990 to August 1994.

Dr. Sarpong has also served in Non-Executive and Advisory Positions in different organizations including serving on the boards of reputable Ghanaian banks including Ghana Commercial Bank and Merchant Bank from 1996 to 2010.

He also holds an MBA in Accounting and B.Sc (Administration) Accounting Option from University of Ghana Legon.

At Kotoko, Dr. Sarpong enabled the club to rediscover their championship feat, winning the league title on a back to back basis.

He is  currently the chairman of the Board of Directors of Royal Bank.

Isaac Osei will be next CEO of TOR