Dumsor must stay in the past – President Akufo Addo 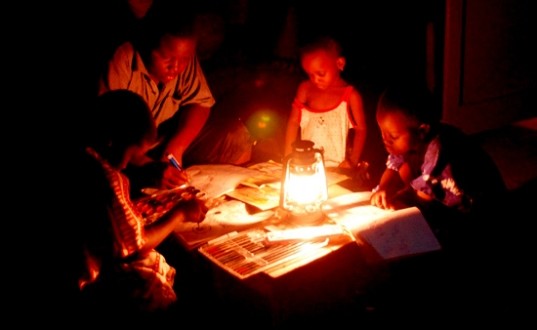 President Nana Akufo-Addo has charged the Minister nominee for the Energy Ministry, Boakye Agyarko, to work to avert dumsor permanently.

According to the President, Mr. Ayarko’s major challenge upon approval by Parliament, would be to prevent a power crisis.

“What he has to do is to assure the Ghanaian people that dumsor is going to be a thing permanently of the past, so that its head may not rear up again especially in Akufo Addo’s as President,” Mr. Akufo-Addo remarked.

The intermittent load shedding regime that plagued the country for about four years, impacted hugely on the economy leading to massive job losses and a drop in economic growth targets.

The lack of adequate financing to ensure constant supply of gas, irregular crude supply from Nigeria over varied reasons plus the shutting down of some power generation plants were among the reasons cited for the prolonged power challenge.

Already, the Industrial and Commercial Workers’ Union (ICU) has threatened of another bout of job layoffs in 2017 first quarter should load shedding recur.

It follows cautions from civil societies like the Africa Centre for Energy Policy (ACEP) that gas insecurity beckons in the first quarter of this year hence, a failure to address that issue would be dire for the economy.

But announcing the nomination of Mr. Agyarko as the Energy Minister, President Nana Addo was optimistic Mr. Agyarko’s experience would reflect in developing the energy sector.

“Mr. Agyarko was president of a very important American bank, the Bank of New York and there had the exposure to important financial transactions in the area of energy. When it is in the area of establishing power plants across the world, in financing them, exploration, in petroleum and he has a very broad in the energy sector,”

“I think that to have somebody at the head of the energy sector who is also very particular about figures and we have heard about contracts that have generated a great deal of controversy in the energy sector he is going to be a very important for us,” the President said.

Europe:Theresa May is failing Brexit Britain