Europe:Theresa May is failing Brexit Britain 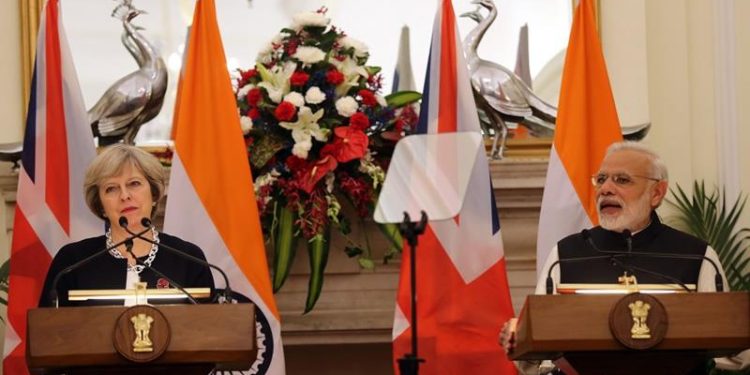 When Theresa May appeared on the steps of Number Ten in her first address as Prime Minister, she seemed like a sudden moment of serenity in a chaotic post-Brexit Britain. She had reassuringly grey hair for a start.

Her predecessor, David Cameron, had been just 43 when he took office. Tony Blair had also been in his 40s. May was pushing 60. Now the seriousness of actually getting on with Brexit was upon us, it was like the kids had finally been booted out from the halls of power; and the adults were back in charge.

May had a reputation for competence. She had been the longest-serving home secretary in modern times, responsible for immigration, policing, and national security over six long years. She had endured, keeping herself out of political squabbles, and focused diligently on the work in hand. Many hoped the quiet vicar’s daughter would apply the same professionalism in Number Ten, and guide Britain through Brexit with steadfast efficiency.

Six months on, Britain’s ambassador to Brussels has just resigned, causing a storm that has highlighted increasing disillusionment among those who will actually carry out Brexit – the bureaucrats and diplomats – and she who will steal the undeserved credit later down the line – Theresa May.

More resignations are already rumoured, because “Mandarins are tired of being blamed for bad decisions by politicians.” Ivan Rogers, the ambassador in question, was one of Britain’s most respected diplomats, and was praised by key players for his in-depth knowledge of how the European Union actually works.

A former very senior civil servant took to his personal Twitter account to call out the government for “a wilful & total destruction of expertise”, and accused the May government of “amateurism”. It was frustrations with May’s haphazard and ignorant office that appear to have driven Rogers out.

It is this deep disparity between the expertise of the bureaucratic and diplomatic professions, and the dogmatic, ignorant “amateurism” of the May team, that is essential to understanding how badly Number Ten is handling Brexit.

Last week, a union leader for civil servants said that May “lacks the political courage to admit how complex and time-consuming this will be. When anyone pops their head above the parapet […] and says this is going to take a long time, and it’s complex, they are immediately shot down and accused of betraying the will of the people.”

Others have simply said the officials are “unable to cope“, because of spending cuts that have brought the civil service to its smallest size since World War II. May is, incredibly, insisting these cuts continue.

Perhaps the worst decision May has made is not to make any. She has maintained a stance of almost complete silence since taking office, as to what the government’s overall objectives for Brexit might be.

Are we aiming to stay in the single market? Nobody knows. Are we to pay a reduced subscription fee to retain some access? Nobody knows. Will EU citizens already settled in the UK be able to stay? Nobody knows. Has anyone begun disentangling the enormous web of agricultural, scientific and regulatory connections the British economy has with the EU? I hope so – but nobody knows.

Will British businesses face a “cliff edge” in which no new trade deal is in place before we leave? We thought we maybe knew – when May hintedat a “transitional deal” – but then we didn’t, when she said it was just “one option under consideration”.

Instead of leading with vision, May has instead become prone to taking cheap shots at her own team to distract from her own floundering strategy, and has failed to rise above petty rows about her choice of trousers. Meanwhile experts continue to warn that her secretive approach to Brexit is a brewing disaster.

This vacuum of leadership and exodus of expertise are not May’s only failings; she is a luke-warm saleswoman too. Her only major trip to try to boost trade ties with other parts of the world has been to India. The delegation was a damp squib. Prime Minister Narendra Modi made it clear that Britain was now a low priority for commerce.

Ironically, this was May’s previous job coming back to haunt her. Although she appears to have lost her knack for competence when it comes to her new job in Number Ten, as a minister for immigration she was so ruthlessly efficient at limiting entry to Indians that she has almost irreparably damaged relations with Delhi.

Indian businesses had been interested in Britain because it had access to the single market. It was no surprise then that some business leaders didn’t even bother to turn up to her meetings. May returned to Britain forlorn.

In desperation, she has been fawning at the heels of Donald Trump, while most of the world turns away from America in revulsion.

There was a moment when Theresa May swept into Number Ten, and seemed to be a mature beacon of calm, amid a chaotic post-referendum backdrop. Unfortunately she has not turned out to be. Perhaps worst of all – 2016 was the easy part. This year looks set to throw up more challenges – but is May really up to it? I sincerely doubt it.