Edward Effah is new Board Chair for Unilever Ghana Limited 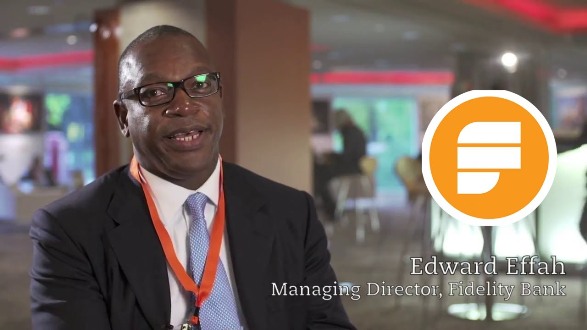 Former Managing Director of Fidelity Bank, Edward Effah, has been appointed Chairman of the Board of Directors of the company.

His appointment took effect from November 1, 2016.

Mr. Edward Effah replaces Mr. Ishmael Yamson, who resigns after a successful 12 year run as Non-Executive Chairman of the Unilever Ghana Board.

A statement on the new appointment said, “These new appointments are made in line with regulatory requirements and Unilever’s company policies after the completion of successful tenors by former directors.”

Mr. Edward Effah, who is currently Group CEO and Chairman of the Fidelity Group, comes to the job with over 15 years of experience in senior executive positions in finance and treasury management.

He is also a member of the Institute of Directors (UK).

He has over 20 years experience as a Senior Finance Executive.

He served as a Director of Global Emerging Markets (GEM) Ghana Limited from 1995 to 1998, Chief Finance Officer of Inter-Afrique Group from 1994 to 1997, Risk Manager from 1990 to 1994 of Rudolf Wolff, the City of London based derivatives and foreign exchange trader and an auditor and management consultant with Coopers and Lybrand, London from 1987 to 1990.

Under his leadership, Fidelity has been able to establish itself as a leader in its markets in Ghana in terms of reputation, profitability and assets under management.

He has over fifteen years of experience in senior executive positions in finance and treasury management.

He has been a Non-Executive Director of Unilever Ghana Limited since November 1, 2016.

Until his resignation, Mr. Ishmael Yamson also served as Chief Executive Officer and Chairman for Unilever Ghana Limited for 18 years.

Dr. Ishmael Yamson serves as an Advisor at Serengeti Capital.

Dr. Yamson is a Founding Member and President of the Private Enterprise Foundation.

He served as the Chief Executive Officer at Unilever Ghana Ltd., until December 2004.

Mr. Yamson was the Chief Executive Officer and Chairman of Unilever Ghana for 18 years and during his tenure transformed Unilever from a conglomerate into a focused fast moving consumer goods company.

He has been the Chairman and Director of Standard Chartered Bank Ghana Ltd., since February 1, 2005. Mr. Yamson serves as the Chairman of Benso Oil Palm Plantation Limited.

Mr. Yamson served as a Director of Unilever plc, Ghana Breweries Limited and Bank of Ghana.

Mr. Yamson holds a B.Sc. in Economics from the University of Ghana, Legon.

Other appointments made to the board include; Mr. Yaw Nsarkoh, the new Executive Vice President (EVP) of the Ghana/Nigeria cluster and Mrs. Adesola Sotande-Peters, new Chief Finance Officer for Ghana/Nigeria who will be serving Non-Executive Directors of Unilever Ghana, effective January 1st, 2017.

Dr. K.K Sarpong to take over as GNPC CEO