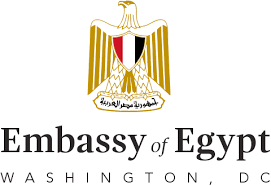 The Egyptian embassy in Berlin managed to remove the last of the restrictions imposed on flights to Sharm al-Sheikh and other areas in South Sinai, the foreign ministry said in a statement on Tuesday.

Germany, along with Russia, Britain, and others, suspended flights after Russian jetliner Airbus A321 crashed a few minutes after take-off from South Sinai’s Sharm al-Sheikh, leaving all 224 passengers and crew dead in October 2015.

The Federal Ministry of Transport and Digital Infrastructure published an announcement on Monday releasing German aviation companies from the obligation to fly at 26,000 feet above South Sinai, allowing all aviation and tourism businesses to operate direct flights to Sharm al-Sheikh airport without additional insurance fees.

The topic has been among the issues discussed by Foreign Minister Sameh Shoukry in his last visit to Germany from Jan. 11 to Jan. 13 where he met with the ministers of transport, foreign affairs, and internal affairs, according to the statement.

The tourism industry has been hard hit by the crash of the Russian jetliner as well as flight suspensions by several countries which demanded reassurances regarding airport security before resuming flights to Sharm al-Sheikh.

The “favorable” decision to lift the last of the restrictions came “as a result of the efforts made by the foreign minister and the Egyptian embassy in Berlin to support tourism,” the foreign ministry added in its statement.

Germany ranked first concerning the number of tourists coming to Egypt in 2016, with a total of 655,000 visitors.