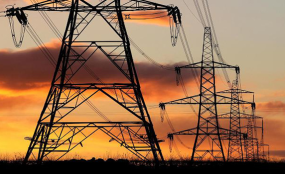 An ambitious project to connect the North and the South points of Africa with a single power line through the Cairo-to- Cape Town grid is in the pipeline and may be functional within three years from now.

The meeting which went hand in hand with the 12th EAPP Council of Ministers’ meeting, also discussed the other planned interstate power grid which is going to directly connect Tanzania and other SADC countries through the central Johannesburg to Dar es Salaam powerline.

The Secretary General for EAPP, Mr. Lebbi Changullah, explained that at the moment the Eastern Africa Power Pool has many internal connections including the one linking Ethiopia and Kenya, Ethiopia and Sudan, Kenya to Tanzania, Sudan and Egypt, Tanzania and Zambia.

On the other hand, it was observed during the meeting that the average consumption of electricity per capita in Tanzania is so low that the country may as well be regarded as if no power usage ever took place within its boundaries.

The Minister for Energy and Minerals Professor Muhongo pointed out that a single person in Tanzania consumes 130 units of power per year, which, when divided by 365 days around the sun, the energy usage is almost non-existent.

It was also stated that the only way electricity can be made cheaper in Africa is through connecting most countries onto a single grid to ensure that distribution of power is even and affordable through mutual pooling of resources and cost-sharing.

The 24th Council of Ministers for the Eastern African Power Pool (EAPP) was working on the already endorsed master plan to interconnect the region through energy. The East African Power Pool, set up in 2005, is made up of Burundi, Democratic Republic of Congo, Egypt, Ethiopia, Kenya, Rwanda, Sudan, Libya, and Tanzania. South Sudan and Djibouti are expected to join soon. Its secretariat is based in Addis Ababa.