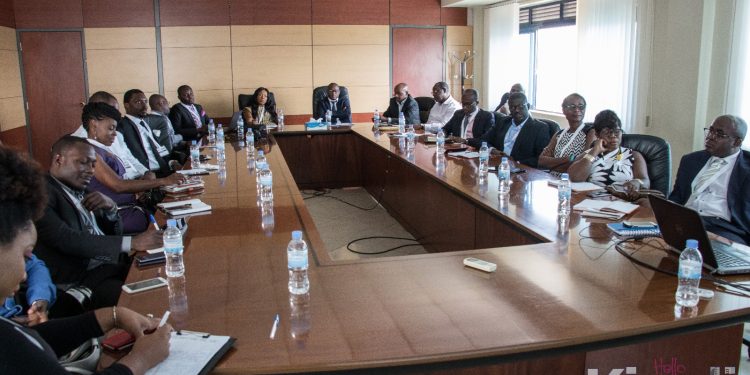 Business Leaders in the public as well as private sector partaking in Hello Kigali, Citi FM’s business tour are projecting a significant increase in the use of technology in business operations in Ghana in the short to medium term.

They believe ICT has been underutilized in Ghana in propelling business growth despite significant inroads made in it; on certain fronts.

The business leaders made the observation after they met with key institutions in Rwanda who have used technology to fast track the East African country’s economic success story.

“I think that some of the systems that they are talking about here are similar to what we have back home. The difference is that their system has integrity; it’s the integrity of the people that guarantees such a system because it is voluntary, you don’t have to be coerced to come and pay your taxes; nobody has to come and assess you,” one participant remarked.

Another intimated, “It’s as if they have the e-filing system that helps them and they have back up joints. I mean there are two places where should there be a problem; they will be able to get the information they need. I think if Ghana tries such systems and improve on that, it will help us”.

While the creation of  IREMBO an eGovernment Portal which rides on the back of technology, as well as the Kigali Free Zone has also led to significant eradication of bureaucratic challenges and massive growth of the business sector respectively.

The Rwandan Revenue Authority (RRA) through the use of technology has also been able to create platforms to expand the tax net as well as promote tax compliance among others.

Despite its success story authorities of the RRA say they faced a lot challenges especially resistance in the beginning of their journey.

Serge Polisi who is the Special Project Manger Rwanda online a subsidiary of IREMBO believes through leadership, policy and a clear cut strategy such challenges can be eradicated.

“To wake up and say there’s a change to be done, first you have to show a sense of urgency if you don’t realize that people need something, they will never change the way they do their things. Second, it takes a good committed number of people who will like to have things changed, so you bring them together and you tell them this is the opportunity that we have,” he asserted.

“In addition, you have to communicate if you don’t communicate the things you see and the vision nothing will change, then you can go slowly removing the obstacles that are there,” Mr. Polisi added.

On top of the agenda today will be a meeting with the President of Rwanda’s commercial High Court as well as an interaction with key agencies in the property and manufacturing sectors among others.