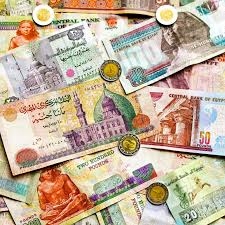 The Egyptian pound remained stable against the US dollar on Monday, as it was sold at between EGP 18.75 and EGP 19.09 to the dollar in some banks.

It remained stable at the Al Ahli Bank and Banque Misr with EGP 18.75 as a selling price and EGP 18.70 for buying.

The rate exceeded EGP 19 to dollar in some banks, as the selling rate at Credit Agricole bank stood at EGP 19.09, while the buying price was EGP 18.85.

Egypt’s President Abdel Fatah al-Sisi said in December that the pound was not valued fairly against the dollar, saying that it would strengthen over coming months.

“But for the equilibrium we are talking about to be reached we need some months,” Sisi said.

Egypt’s central bank abandoned its currency peg of EGP 8.8 to the U.S. dollar on Nov.3.

The dollar peg had drained the central bank’s foreign reserves, which have been hit by reduced foreign investment following political turmoil in the past few years, forcing the bank to impose capital controls and ration dollars.