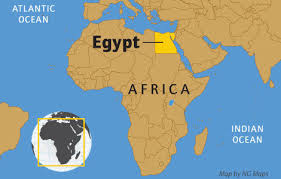 Egypt’s foreign debt jumped 185% from July to September 2016, according to the monthly report of the Central Bank of Egypt (CBE) on Thursday.

The debt amount increased to USD 2.46 bn during the past fiscal year, from USD 863 bn in the previous fiscal year.

The three months of July to September witnessed an increase of USD 60 bn from USD 56 bn at the same time of the previous year.

Prime Minister Sherif Ismail earlier said that the foreign debt will not exceed 25% of the GDP after getting the approval of the IMF loan.

In November 2016, the IMF approved a USD 12 bn loan to Egypt over three years.

According to the CBE, foreign debt increased USD 7.7 bn during throughout the entire past fiscal year, making an increase of 16% compared to the same time in the previous fiscal year.

Foreign reserves increased about USD 1.2 bn in December, following another increase in November up to USD 4 bn, according to CBE figures.