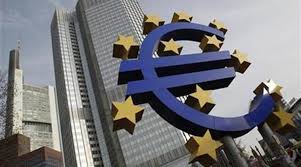 European shares steadied on Tuesday in early deals, with retail stocks back in focus after a well-received update from British grocer Sainsbury, though Cobham tanked.

The pan-European STOXX 600 index was flat in percentage terms, as was the blue-chip FTSE 100, which held close to a record high of 7,284.81 points reached in the previous session.

Sainsbury’s was the top gainer, jumping more than 5 percent after Britain’s second biggest supermarket beat forecasts for underlying sales in its Christmas quarter.

This follows peer Morrison’s strong performance in the previous session after it too reported robust figures.

British aero engineering firm Cobham slumped more than 19 percent, however, after it missed its profit target and scrapped its final dividend.

Cobham’s 2016 trading profit fell short of a target it had cut just two months before the year-end because of poor trading.