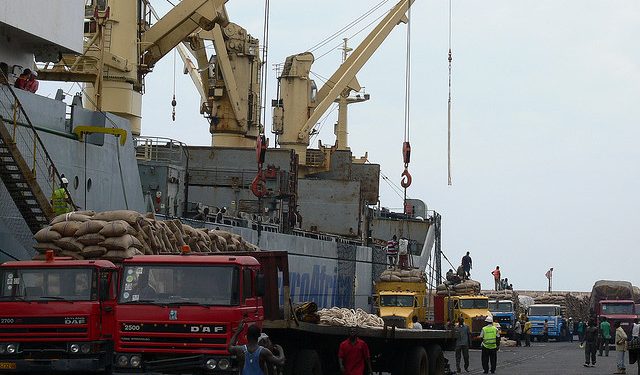 The Importers and Exporters Association of Ghana want the new government to put in stringent measures to stabilize the cedi at least within the first quarter.

According to the association, the stability of the cedi is key as it will sustain the efficient running of their businesses.

In an interview with Citi Business News, the Executive Secretary of the Importers and Exporters Association of Ghana, Samson Asaaki Awingobit said the new government must ensure the cedi is stabilized.

“We would like to see to it that decisions should work effectively to reduce cost of doing business at the ports where cargo is cleared and also the new government must protect the cedi to prevent its weakening again.”

The cedi witnessed a significant depreciation between 2014 and 2015.

The cedi depreciated by 26.7 percent between January and June 2014 but remained relatively stable during the second half, depreciating by 4.5 percent.

The figure however dropped to 17.7 percent as at end-December 2015.

In addition, the latest summary of economic figures released by the Bank of Ghana shows that the cedi has depreciated by 4.6 percent [3 cedis 98 pesewas] against the dollar as at 17th November 2016.

Mr. Awingobit however says the cedi must be critically paid attention to to prevent an occurrence of the past depreciation.

“We want to see much more stability of the cedi because as it stands now one dollar is more than 4 cedis and that is not good for business.”

Meanwhile, the importers and exporters further acknowledged some key things the new government must work on within the first quarter to keep their businesses running.

“We would want to see to it that the clearing process at the ports are fast tracked as soon as possible. We want to see cabinets running with all instructors moving. In the first quarter they should be able to take off special levy import tax on imports.”

Citigroup may benefit less from tax cuts than other U.S. banks