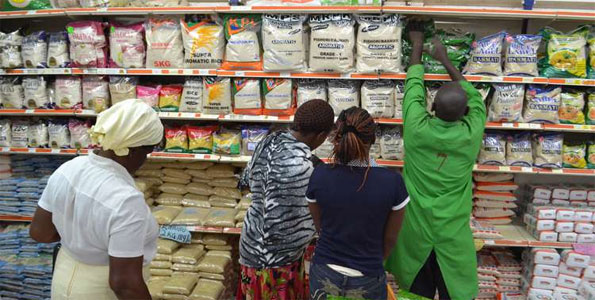 The Competition Authority of Kenya (CAK) will investigate supermarkets over rising customer complaints of price manipulation, where customers are misled to overpay for goods.

The competition watchdog announced on Friday that the retailers would face scrutiny following mounting claims they were posting different prices on the shelf from what they charge at the tills.

“(The study) will scrutinise the prevalence of dual price displays (price at the shelf vis-à-vis the till) in retail settings and evaluate the time lag between changes in prices at the till relative to the shelf prices,” said CAK director-general Wang’ombe Kariuki in a gazette notice announcing the survey.

A consumer lobby, which a year ago threatened to sue a major retailer for the dodgy pricing, welcomed the study but added that its findings must immediately transform into regulatory prescriptions that protect the consumer interest.

He said anti-competitive practices were prevalent in the oligopolistic sector. Some of the large retailers have in the past claimed the time lag between changes in shelf price and the till are responsible for the problem.

Apart from the price cheating, Mr Wang’ombe said supermarkets that sell defective stock would be in focus. The survey will look at the systems put in place to prevent sale of dubious goods.

“The main objective of the study is to assess the state of competition in the market for branded retail by examining the multi-layered structure of the market and the conduct of market players,” said Mr Wang’ombe.

He said the study aims to map the average “route to retailer” from producers or manufacturers to the retail shelves, assess the level of competition and the determinants of the same, including market power.

The inquiry will also evaluate the allocation of shelf space and the relative bargaining power between retailers and their suppliers and identify any regulatory constraints to competition.

The study is expected to determine whether there are any strategic barriers to entry created by incumbent firms, assess the competitiveness of local products against imports and gauge the effect of the supermarkets branded products on competition.

It will also investigate anti-competitive behaviour claims against supermarkets amid complaints by consumers in relation to repackaged foods.

The CAK has invited the public to make oral or written submissions regarding the inquiry to the secretariat of the inquiry within three weeks.

The secretariat will be based at the authority’s offices at Kenya Railways Staff Retirement Benefit Scheme building in Nairobi. Supermarkets are increasingly selling products under their own brands or private labels, but with it has emerged as a new battle front between them and manufacturers of major local and international brands.