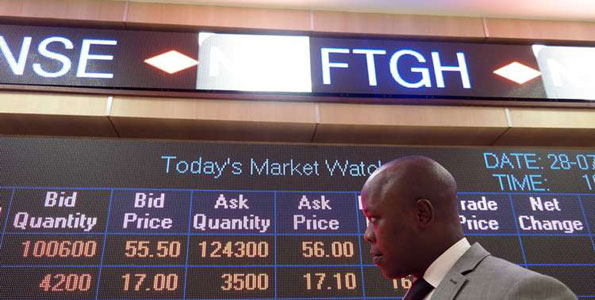 Nairobi Securities Exchange-listed companies are increasingly turning to asset sales to shore up their medium-term performance in an operating environment that is beset by slow growth.

Sameer Africa, East African Breweries Limited (EABL), Sasini, and Standard Chartered Bank Kenya make the list of companies that have raised a total of more than Sh12 billion from disposal of land and buildings in the past five years as short term performance dipped.

Uchumi Supermarkets and Eveready East Africa are in the process of selling decades-old land holdings for billions of shillings to raise money for flagging operations.

Analysts said the shift to an asset-light business model is mostly being made to boost returns and enhance efficiencies. Some distressed firms have also been forced to liquidate assets to remain afloat.

“Disposing of excess or non-core assets raises a company’s return on assets, which is a measure of efficiency,” said Robert Bunyi, an analyst at Mavuno Capital.

Mr Bunyi noted that companies can use proceeds from the asset sales to reinvest in their principal activities, buy financial assets or return the cash to shareholders through dividends and special distributions.

EABL, which has sold more assets than all other listed firms combined, for instance, paid a special dividend of Sh4.5 per share or Sh3.5 billion in aggregate last year after selling a glass manufacturing subsidiary for Sh4.5 billion.

The beer manufacturer has sold several subsidiaries, land holdings, and discontinued factories for more than Sh8 billion since 2011.

It has more recently put a six-acre property in Mombasa’s Shimanzi Industrial Area on the market at a base price of Sh700 million.

Unga Group and Sasini have similarly increased their dividend payouts after selling assets, including land and operating subsidiaries.

The human and animal feed manufacturer in 2015 sold its interest in packaging firm Bullpak for Sh342 million, boosting its earnings and the dividend payout, which rose by a third to Sh1 per share or a total of Sh75.7 million.

Sasini also booked a gain of Sh830.7 million from sale of land in 2015, allowing it to raise its dividend payout that year five times to Sh1.25 per share or Sh285 million in aggregate.

Returning cash to shareholders indicates that the companies’ current operations are fully funded or that there are no significant acquisitions on the horizon.