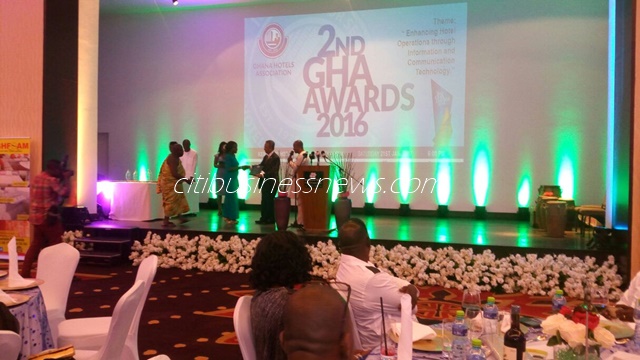 Labadi Beach Hotel has emerged as the 5-Star Hotel of the year at the second edition of the Annual Ghana Hotels Awards 2016 in Accra.

The programme which was held at the Kempinski Hotel over the weekend also saw Accra City Hotel take home the 4 Star Hotel of the year award.

Klass One Executive Guest House was also awarded the Budget Hotel of the year.

The National President of the Ghana Hotels Association, Herbert Acquaye who spoke to Citi Business News said although the industry was hit hard by the high utility costs in 2016, he is hopeful that this year will see the industry record high growth targets.

The theme for this year’s event was “Enhancing Hotel Operations through Information and Communication Technology.