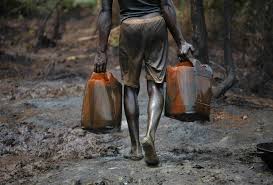 In a statement signed by the group secretaries of the two in-house unions, Comrade Sulaiman Sulaiman of PENGASSAN GEC and Comrade Uche Amara of NUPENG GEC, the workers said they had been following the GMD’s 12 focus-area drive towards bringing back NNPC to the path of success with keen interest.

ADVERTISEMENT
The unions commended the plans and pronouncements toward a comprehensive rehabilitation of the three nation’s refineries to achieve optimal capacity utilization by 2017.

They noted that that was a clear drift from the initial position, which the unions always rejected, where important national assets were placed for sale as scrap, adding that the proposal to adopt a new model that will bring investors to increase productivity without having to lose jobs was commendable.