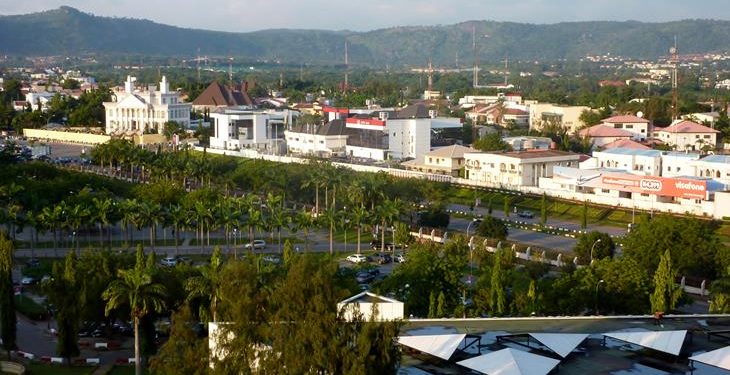 Nigeria has ratified the Trade Facilitation Agreement (TFA), making it the 107th World Trade Organisation (WTO) member to do so. Only three more ratifications from members are needed to achieve the two-third threshold that will bring the TFA into force.

Nigeria’s instrument of acceptance was submitted to the WTO today by the Minister for Industry, Trade and Investment Dr. Okechukwu Enelamah (www.FMITI.gov.ng).

Enelamah met with WTO Director-General Roberto Azevêdo on the margins of the World Economic Forum in Davos, Switzerland, to mark the deposit.

“Nigeria’s ratification of the Trade Facilitation Agreement is a reflection of our commitment to the WTO and a rules-based economy. It is evidence of President Muhammadu Buhari’s commitment to rapidly implement his presidential initiative on the creation of an enabling environment for business,” Enelamah said.

“Nigeria would like to see a strengthened WTO that reflects the development principles of developing countries like Nigeria and we praise the effectiveness of DG Azevêdo in this regard,” he added.

On November 10, 2014, Nigeria submitted its Category A notification to the WTO outlining which substantive provisions of the TFA it intends to implement upon entry into force of the Agreement.

The TFA will enter into force once two-thirds of the WTO membership has formally accepted the Agreement and ratification is a means of expression for a country to be legally bound by a treaty.

Concluded at the WTO’s 2013 Bali Ministerial Conference, the TFA contains provisions for expediting the movement, release and clearance of goods, including goods in transit. It also sets out measures for effective cooperation between customs and other appropriate authorities on trade facilitation and customs compliance issues. It further contains provisions for technical assistance and capacity building in this area.

According to a 2015 study carried out by WTO economists, full implementation of the TFA would reduce members’ trade costs by an average of 14.3 per cent, with developing countries having the most to gain. The TFA also has the ability to reduce the time to import goods by over a day and a half while also reducing time to export by almost two days, representing a reduction of 47 per cent and 91 per cent respectively over the current average. The TFA also has the potential to increase global merchandise exports by up to $1 trillion.

The TFA broke new ground for developing and least-developed countries in the way it will be implemented. For the first time in WTO history, the requirement to implement the Agreement was directly linked to the capacity of the country to do so. In addition, the Agreement states that assistance and support should be provided to help them achieve that capacity.

A Trade Facilitation Agreement Facility (TFAF) was also created at the request of developing and least-developed country members to help ensure that they receive the assistance needed to reap the full benefits of the TFA and to support the ultimate goal of full implementation of the new agreement by all members.