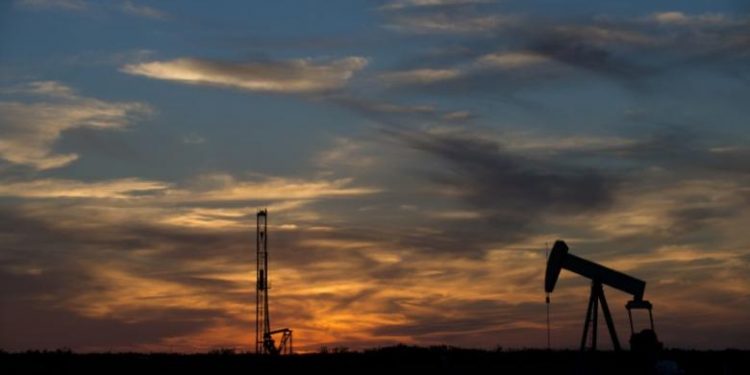 Rigging equipment is pictured in a field outside of Sweetwater, Texas June 4, 2015. REUTERS/Cooper Neill

Oil prices fell on Monday as increased exports from Iran undermined efforts by other oil producers to curb a global fuel supply overhang and as U.S. drillers increased activity for a 10th straight week.

ADVERTISEMENT
The lower prices were a result of rising exports from Iran that come just as other members of the Organization of the Petroleum Exporting Countries (OPEC) cut supplies in an effort to end a global glut.

Iran has sold more than 13 million barrels of oil held on tankers at sea, capitalizing on an OPEC output cut deal from which it is exempted to regain market share and court new buyers, according to industry sources and data, reducing the quantity of oil it stores on tankers from 29.6 million barrels last October to just 16.4 million barrels now.

Iran’s surging tanker exports were not the only indicator of plentiful supplies.

Last week, U.S. energy companies added oil rigs for a tenth week in a row, extending a recovery in activity into an eighth month as crude prices remained at levels at which many drillers can operate profitably.

“The next leg up in prices probably won’t occur until the traders see evidence that production levels are falling. In the meantime, rising U.S. drilling activity and output is likely to keep prices in check,” ANZ bank said on Monday.

Drillers added four oil rigs in the week to Jan. 6, bringing the total count to 529, the most since December 2015, energy services firm Baker Hughes Inc (BHI.N) said on Friday.

As a result of the increased drilling, U.S. oil output C-OUT-T-EIA has risen by over 4 percent from its 2016 low to almost 8.8 million barrels per day, although production remains 8.74 percent below its 2015 peak.

In Iraq, OPEC’s second-biggest producer, a record volume of 3.51 million bpd were exported from its port in Basra in December, officials said on Monday, although they added that the country would comply with its commitment to lower output by an average of 210,000 bpd from January.

Iraq raised its February official selling price (OSP) for Basra Light crude to Asia by $0.50 to minus $0.90 a barrel against the average of Oman/Dubai quotes from the previous month, the State Oil Marketing Organization (SOMO) said on Monday.