Shell to sell North Sea assets to Chrysaor for $3.8 billion 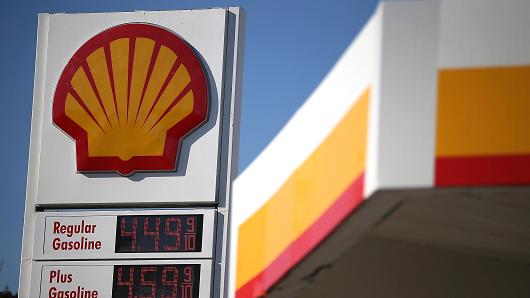 Royal Dutch Shell has agreed to sell a package of oil and gas fields to private equity-backed Chrysaor for $3.8 billion, giving the Anglo-Dutch group a major boost in its drive to reduce debt following the acquisition of BG Group.

The deal, which accounts for more than half of Shell’s production in the North Sea, will breathe new life into the ageing North Sea where production has steadily declined since the late 1990s and where oil majors such as Shell and BP have struggled to generate profits.

Shell earlier on Tuesday announced the sale of a stake in Thailand’s Bongkot gas field to Kuwait Foreign Petroleum Exploration Company for $900 million.

The Anglo-Dutch company said in a statement the North Sea deal included an initial consideration of $3 billion and a payment of up to $600 million between 2018-2021 subject to commodity prices, with potential further payments of up to $180 million for future discoveries.

The deal is subject to partner and regulatory approvals, with completion expected in the second half of 2017.

“This acquisition reflects Chrysaor’s and Harbour’s belief that the UK North Sea has material future potential for oil and gas production,” Kirk said in a statement.

The package includes Shell’s interests in Buzzard, north of Aberdeen, a relatively new field that feeds into the global Brent oil benchmark, as well as a 10 percent stake in the BP-operated Schiehallion oilfield some 110 miles (180 km) west of the Shetland Islands.

Around 400 staff are expected to transfer to Chrysaor on completion of the deal.

The assets represent some 115,000 barrels of oil equivalent of production per day (boe/d), more than half of Shell’s total UK North Sea production of 211,000 boe/d last year.

“This deal shows the clear momentum behind Shell’s global, value-driven $30 billion divestment program. It builds on recent upstream divestments in the Gulf of Mexico and Canada,” Shell Chief Financial Officer Simon Henry said in a statement.

“It is also consistent with Shell’s strategy to high-grade and simplify our portfolio following the acquisition of BG,” he added.

Germany is the top destination for companies relocating due to Brexit: EY