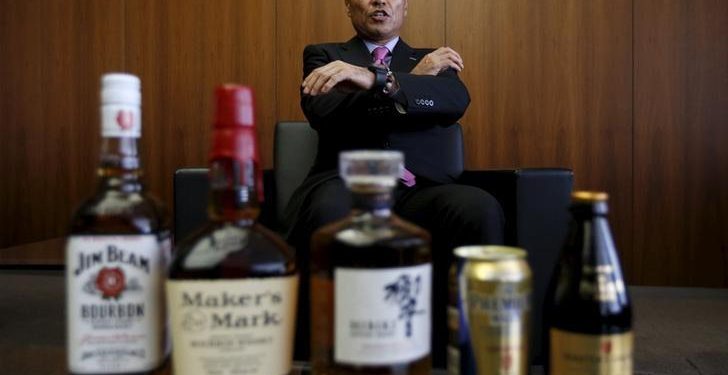 Suntory Holdings Ltd's President and CEO Takeshi Niinami speaks behind the company's alcoholic beverages during an interview with Reuters at the company headquarters in Tokyo, Japan, October 26, 2015. REUTERS/Toru Hanai

“We are not considering any listing in the U.S.,” Takeshi Niinami, the president of Suntory Holdings told reporters in Tokyo at a gathering of corporate executives to mark the start of the New Year

Beam Suntory, the world’s third-largest spirits company known for its Jim Beam and Maker’s Mark bourbons, was formed in 2014 when Suntory bought its U.S. rival Beam for $14 billion.

ADVERTISEMENT
The Mainichi daily reported earlier that the Japanese food and beverages conglomerate was in talks with overseas investment banks about a listing of Beam, seeking funds to expand its footprint in emerging markets.
–
Credit: Reuters