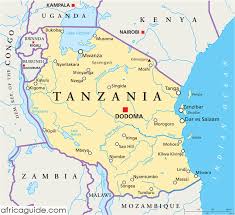 Long standing conflicts in Loliondo District have forced more than eight investor firms to pack their bags and flee from the former Game Controlled Area, which is mapped within the Ngorongoro District, it has been learnt.

A statement from the Loliondo Division’s Tourism Of-ficer, Mr Elibariki Bajuta, revealed that in the last five years, eight companies that used to operate in the area, packed and left.”We had 12 firms operating here but now Loliondo is left with only four … and even these are taking precautions.

Mr Bajuta who was presenting his report before the Arusha Regional Commissioner (RC), Mr Mrisho Gambo, lashed at continued civil strife among local communities as well as hostility towards investors and newcomer as can be clearly seen emanating from the natives.

Many of the conflicts in Loliondo are caused by mis-understanding between livestock grazers, famers and inves-tors, especially where proper or essentially ‘improper,’ land use is concerned.

Investors in Loliondo are also far from being at harmony

with each other, as some conduct game hunting while others would rather not hear guns because their trade targets wildlife based tourism which relies on strict conservation.

Farmers and livestock grazers also scramble for land and the fact that there is the long-reigned strife between the Maasai of the Loita clan against the Batemi (Sonjo) community in the area.

Mr Bajuta complained that the absence of investors in the area will take major toll on development projects, community services and social wellbeing for the local residents.

Some of the currently existing firms operating in Loliondo include the Conservation Cooperation Africa through its ‘And Beyond,’ establishment which runs the Kleins Camp at Ololosokwan.

Others include the Ortello Business Cooperation (OBC), hunting firm from the United Arab Emirates (UAE), the Thomson Safaris and Buffalo Camping Safaris.

Between them, the four investor firms have been contributing more than 11.3 billion/- for the last three years.

Ortello Business Cooperation leads the park by pumping in 7.8 billion/- in revenues, followed by Thomson Safaris with 1.8 billion/- figure and the ‘And Beyond’ (Kleins) with 1.5 billion/-. Buffalo slots about 240 million/-.

The aforementioned investment firms employ about 500 local residents together.

Loliondo is one of the three divisions making up the Ngorongoro District, other being Sale and Ngorongoro. During his recent trip to Ngorongoro, the Prime Minister, Mr Kassim Majaliwa, had directed Mr Gambo to ensure that all conflicts and mayhem in Loliondo are brought to an end.