Tanzania: We Have Enough Food – Ministry 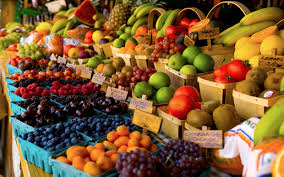 Despite food shortage reports in some parts of the country, preliminary food production forecast for 2015/2016 indicates that the country has a surplus of more than 3 million metric tonnes.

However, officials of the Ministry of Agriculture, Livestock and Fisheries have linked the current situation with the alarming weather condition that has got farmers worried and bracing poor harvests next season.

The ministry’s Acting Assistant Director, Crop Monitoring and Early Warning, Ms Marystella Basil Mtalo, told the ‘Daily News’ in Dar es Salaam yesterday that according to statistics for the 2015/2016 cropping season, the country recorded a total of 16,172,841 metric tonnes of food production, which included 9,457,108 metric tonnes of cereals and 6,715,733 tonnes of non cereals.

She noted that although the national food Sufficiency Ratio (SSR) is 123 per cent, 43 councils in 15 regions were reported to have food deficit during the assessment period. “This situation is common due to climatic factors as we have witnessed a region having surplus food but at the same time other areas within the same region are facing food deficit,” she noted.

Ms Mtalo said during the crop production assessment, 11 regions were reported to have surplus food between 122 and 222 per cent, twelve regions had self sufficient of between 103 and 118 per cent and only two regions — Dar es Salaam and Tanga — had food deficit.

“Basing on preliminary food production forecast for 2015/2016, at least 43 councils were reported to have been facing food deficit. Currently, some ministry officials have been dispatched to the vulnerable areas to conduct comprehensive food and nutrition security assessment for further interventions,” Ms Mtalo reported.

She explained that normally, the preliminary food production forecast is done in May against the consumption/ marketing year, adding that currently, people are consuming the food, which was produced in 2015/2016.

The acting director, however, added that the number of councils facing food deficit has increased to 53 after the earthquake that hit Kagera Region last year, making all its councils and one council in Tabora vulnerable.

An Agricultural Development Officer at the ministry’s Crop Monitoring and Early Warning Department, Mr Aradius Kategano, however, dismissed reports that the country was facing serious food shortage as false, saying the country was currently consuming the food harvested during the 2015/2016 season, which had a surplus of more than 3 million metric tonnes.

“The country is not facing food shortage. What is happening is just fear by the public due to poor rains,” Mr Katakana said.