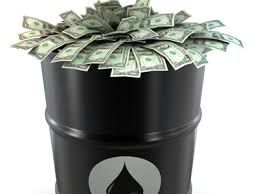 Separation of powers. These three words have dominated political chatter this week.

How should the three branches of government share power? Where is the red line that must not be crossed? What amounts to interference by one government power centre into the work of another?

These are the questions that kept keen observers second guessing as the three branches of government-the Executive, Legislature and Judiciary locked horns over a motion by MPs calling for an inquiry into what has come to be known as the oil cash bonanza.

Classical British political theorist Jean-Louis de Lolme tried to fathom an answer to the doctrine of separation of powers when he famously opined that: “Parliament can do anything or everything but make a man a woman or vice versa.” Jean-Lous de Lolme was referring to the British Parliament.

But we know that there are many things the Ugandan Parliament can’t do. The Executive often reminds the Legislature that its resolutions are “advisory”, much to the chagrin of MPs.

After reconvening from Christmas recess, the Legislature wanted to investigate oil cash bonuses, the Judiciary [Deputy Chief Justice Steven Kavuma] banned any investigations while the Executive [President] warned that the Legislature is not God. It was an ugly turf war between the country’s three top power centres.

In indefinitely suspending the House to protest interference by the Judiciary, Speaker Rebecca Kadaga did not mince her words. She denigrated the Court Order issued by Justice Kavuma as “stupid” and followed it up with a protest letter to the President detailing judicial interference in the work of Parliament.

As Parliament reconvened to debate the motion this week, the Speaker directed the Attorney General to put elements in the Judiciary on notice that “no one will take away the rights of Parliament” and that the “extremism [exhibited by Justice Kavuma] will not be accepted in this country.”

The Speaker’s ire was triggered by how Eric Sabiiti, an Electoral Commission (EC) lawyer she dismissed as “man just walking on the streets”, managed to expeditiously secure a court order that effectively put Parliament on standstill.

“Who is Sabiiti? He is just a man walking on the streets. How can a lawyer like Sabiiti base on things in his head, go to court, he files a petition and he is given a hearing? What was the urgency? As if a resolution had been passed or something had been put on the order paper. How can you judge basing on some one’s head?” a furious Kadaga asked the Deputy Attorney General.

At the peak of the case of the “rebel” MPs in 2013, Speaker Kadaga rejected the legal opinion of Attorney General Peter Nyombi on whether an MP expelled by the party should lose a seat.

Shadow Attorney Wilfred Niwagaba this week suggested that an amendment to the Government Proceedings Act should be considered to divorce Parliament from representation of the Attorney General as a permanent solution to the bickering between Parliament and the Judiciary.

In this particular case, Kadaga accused elements in the Attorney General’s chambers, pin-pointing State Attorney Martin Mwabutsya, for working to frustrate the work of Parliament.

As an elder calling his charges to order, President Museveni summoned NRM MPs who were baying for the blood of the 42 officials who benefited from the Shs6b to State House Entebbe and warned them “not to act like God”.

With the heads of the three branches of government all singing from different hymn books, a showdown was looming. The clash between Parliament and the Judiciary was only resolved when the petitioner Sabiiti buckled under pressure

But as Dr Andrew Wroe, a lecturer of politics at the University of Kent, wrote in his paper titled: “Separation of Powers”, a scenario where the three branches of government are clashing is a recipe for disaster.

“The major premise underlying the separation of powers is that individuals have the potential to harm others, and potential can become reality when power is concentrated in one person, faction, or institution. Thus, in separating powers, the major aim is to prevent tyranny and safeguard liberty by ensuring that no one can accumulate despotic powers,” Dr Wroe wrote.

And it’s the tyranny that Dr Wroe warned of when “one branch accumulates despotic powers” that MPs and analysts have talked of in the wake of an NRM Caucus meeting on Tuesday where Mr Museveni pulled some domineering tricks on the Legislature.

“He [President Museveni] acts like he owns Uganda,” former MP and minister Miria Matembe, who attended many such caucus meetings, told a TV talk-show this week.

What has been music to the ears of anti-corruption activists is that the sharing out of the Shs6b has been criticised by government and NRM functionaries.

But even as sympathisers of the ‘golden handshake’ have argued that Ugandans who defended the country in these intricate oil cases deserved a token of appreciation, the Executive, to use MP Niwagaba’s words have been “very economical with the truth.”

Why would bureaucrats at Ministry of Finance and Justice request for Shs52b in supplementary requests across six financial years yet they knew of the on going oil cases and could have budgeted beforehand? How was the Shs52b gobbled up? Which bureaucrat took what? Where was the money withdrawn? The Petroleum or Tax fund?

Why was the Shs6b in Uganda Revenue Authority supplementary request listed as money to pay non-teaching staff yet we all know that there are no such staff at the tax body?

These are some of the questions that the inquiry wants answered.

As the Committee on Commissions, Statutory Authorities and State Enterprises begins a two-month inquiry into these payments, what’s clear from the onset is that tax-payers money was used in uncharitable fashion.

January 4: Different media channels break a story detailing how Shs6b was shared among different government officials in appreciation of settling an oil case against Heritage Oil and Tullow.

January 8: Auditor General denies having authorised the payout which, according to different correspondences, had been authorised by the President as a handshake for the work well done.

January 10: Justice Steven Kavuma issues an interim order barring any agency, including Parliament or any individual, from investigating or talking about the issues which had been christened the ‘Presidential handshake’.

January 11: Speaker Rebecca Kadaga directs Deputy Attorney General Mwesigwa Rukutana to vacate the court order condemning it as a ‘stupid’. She suspends the house indefinitely until the order is withdrawn.

January 19: Parliament resumes and debates the oil cash bonanza resolving to institute an inquiry into the bonus payments.