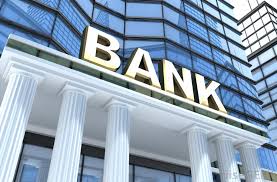 A STANDBIC Bank teller was accused of stealing $164,000 from cash vaults was Wednesday acquitted after a Harare court ruled that prosecutors failed to prove their case.

Aaron Rashama, 45, of New Bluffhill in Harare was facing theft of trust property charges and out of custody on $1000 bail.

Despite insisting that Rashama was captured on CCTV taking the money, prosecutors failed to produce the video footage in court.

“Whether it was deliberate or pure ineptitude one cannot tell,” magistrate Elijah Makomo said.

According to the State, Rashama was in charge of the cash vault and his duties included cashing and deposits, vault custody, foreign exchange and query resolution.

Prosecutors alleged that on January 18 last year, Rashama received and signed for $245,060 and $14,173, 75 vault and canister cash respectively.

Court heard that the money reflected in Rashama’s cash register as well as on the bank’s computer system.

On May 24, Rashama reported for work as usual, but left immediately without the branch manager’s permission.

After realising that he had taken too long coming back, the branch manager Joyce Mhlanga phoned Rashama on his mobile phone but the phone went unanswered and was later on switched off.

The pair visited the branch and noticed that Rashama had also taken with him keys to the vault and canister.

It was also alleged that the sealed bundles Rashama was keeping in the vault were made up of $1 bills instead of $100, $50 and $20 notes.