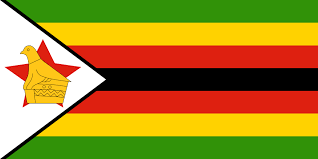 The revival of the 57-hactare Jalukange Irrigation Scheme along Shashe River about 120km west of Beitbridge town has come as a major relief for smallholder farmers in this dry district. The district was in the grip of the worst drought in half a century with failed rain seasons, crop failures and livestock deaths.

Most farming families here have endured tough conditions with little food to eat, no access to portable water, health or income generating projects to improve their livelihoods following back-to-back droughts.

Most children had become severely malnourished as families could no longer feed themselves.

The scale of drought emergency is enormous and without the revival of the Jalukange Irrigation Scheme the impact would unfortunately get even worse.

Skeletons of livestock that have perished from the lack of rain and food can be seen along the road with vultures eating up the carcasses.

Drought conditions, triggered by El Niño which ravaged much of the country also affected scores of people in Beitbridge West who are still in need of food aid.

Without the revival of the irrigation scheme, farmers Jalukange had no reason to prepare of the next season. Others were selling off dying livestock to make enough money for hand-to-mouth sustenance and nothing to farm in future.

For far too long, irrigation schemes in Beitbridge district seemed to have been left off the agenda. Years of neglect led to vandalism and theft of key irrigation infrastructure. People vandalised pipes and water pump engines, agricultural implements and other equipment.

The Jalukange local community felt short-changed after unfulfilled promises were made by some NGOs and the government. In short, they said, there were given a raw deal, at a time when they were hardest-hit by the impact of climate change.

Relief is now sweet music to the lives of farming families in Jalukange.

Support from the United Nations Food and Agriculture Organisation (FAO) in partnership with the Ministry of Agriculture, Mechanisation and Irrigation Development to rehabilitate the scheme has pumped oxygen into this irrigation project which had been in a deplorable state for years.

“The whole idea behind this smallholder irrigation support programme is to address the food, nutrition and income security for farmers who have access to irrigation in natural region 5, where conditions are much harsher,” said Museve Bwerinofa, an FAO provincial facilitator.

“This scheme is the source of livelihood for smallholder farmers here. The project had collapsed but its revival is bringing fresh hopes to the people.”

The resuscitation of the Jalukange scheme will uplift the living standards of scores of villagers in and around the area where low rainfall makes it almost impossible for subsistence farming.

A total of 141 families are already benefiting from the scheme lighting up prospects of a better future.

In addition, the farmers buoyed with new found confidence are already planning to put a further 80 hectares of their land for citrus which they intend to feed into a local juicing plant.

“This scheme was dead and its resuscitation has given us a lot of hope. We now have canals, water pumps, seed and tractors for tilling the land. We are very optimistic about our future now than ever before.”

She said, some people who had crossed Shashe and the Limpopo Rivers to work on farms inside South Africa were trickling back after getting news about the revival of the project.

“This scheme has given us a sense of empowerment,” Msipa said.

“If we work hard on this piece of land, we will succeed. I’m very hopeful that it will improve our livelihoods.”

The hope has become infectious.

“I’m very happy too about the revival of this scheme,” said Judith Dube, another farmer at the scheme. “I’m very confident that we will be able to grow enough food to feed our families. I’m also certain that it will also reduce migration to Botswana and South Africa where people are going in search of jobs.”

The Jalukange irrigation management committee has drawn up a constitution which ensure strict adherence to the rules of the programme.

FAO is supporting the training of the committee in irrigation governance, financial management, transformational leadership, record keeping and agronomic practices and linking them to potential markets.

Challenges still abound despite the joy that this project has brought.

A barrage (a barrier that prevents crops from getting destroyed by flood water) which was destroyed by the 1999-2000 cyclone Eline — induced floods still needs to be rehabilitated.

“Farmers want the barrage to be constructed as a matter of urgency,” said Bezel Garedondo, an engineer in the Ministry of Agriculture, Mechanisation and Irrigation Development.

“This is still a major headache for them and I hope something will be done to address this problem.”

There have been there for decades and most of them face a host of challenges — among them the inconsistent supply of water and poor irrigation infrastructure.

“Irrigation is the thing we are pinning our hopes for the revival of agricultural production in our drought — prone district,” said Peter Moyo, chief executive of the Beitbridge district council.

“We want these schemes to work so they help increase agricultural production and food security in our district.”

Said Dr Conrade Zawe, a director in charge of irrigation in the Ministry of Agriculture, Mechanisation and Irrigation Development: “I’m impressed by the progress made so far in the revival of irrigation schemes in Matabeleland South, Manicaland and Masvingo provinces.

“These are the worst affected provinces in the country and irrigation is critical here.”

But decades after independence most of the once-prosperous schemes had collapsed due to various factors.

They also say it can enable Zimbabwe to meet its national target to achieve food security both at national and household levels.

Water pumping is one of the most basic and widespread energy needs in rural areas. International food and agricultural agencies estimate that half of the world’s rural population does not have access to clean water and irrigation water supply.

Apart from the provision of supplementary feed, FAO and its partners have also rehabilitated 27 dip tanks and rehabilitated numerous irrigation schemes to improve the country’s food security situation.

There is no doubt that after a period of neglect, the international community and the Government are showing renewed interest in irrigation in Zimbabwe to tackle food insecurity, poverty and climate risk.

But agricultural experts still say capital investments are not enough. Many irrigation projects, they argue, miss basic, yet vital, ingredients for success. These include enough finance for routine maintenance, market access and reliable water supplies, among other factors.

Smallholder farmers also fear capture of their schemes by elite interests which may deprive local communities of land and water resources, undermining their livelihoods.

Despite the abundance of water that goes unharnessed, irrigation coverage in Zimbabwe and most other African countries is still low. FAO statistics show that African countries currently irrigate only 5,4 percent of their cultivated land, compared to a global average of 20 percent, and 40 percent in Asia.

Climate related risk have forced most African governments to push irrigation back on the agenda.

And, it is working though at a snail’s pace. — Zimpapers Syndication.