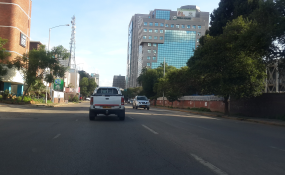 He was released on $300 bail with reporting conditions.

According to court papers, in September 2014, NSSA secured a property to buy from Matay-Kingdom Pvt Ltd, known as Celestial park situated along Borrowdale Road in Harare.

At all times, NSSA was represented by the accused and his accomplices Shadreck Vera (investments director) and Samuel Chiduza, former properties manager both of whom are still at large.

Mwayiyapayi was the chairperson of the company’s management and investments committee while his accomplices were board members of that committee.

Before NSSA could purchase the property, the trio were mandated to first seek for property evaluators to determine the market value of the property. This was to enable the company to use as a benchmark for price bargaining.

NSSA then obtained reports from Bard Real Estate which came up with a gross replacement cost of $29 million, forced value of $18 million and a market value of $25, 6 million.

The reports were supposed to be tabled before the board for adjudication before the agreement of sale was entered into by the seller.

According to the state, of all the three reports, the one from Bard Real Estate was the most favourable as it gave the company bargaining power but the trio deliberately concealed the report and referred the two remaining reports which were not cost effective to the board.

The property was eventually purchased at $32 million after price bargaining.

The accused’s corrupt activity prejudiced NNSA of $8 million which is the net difference between $24million and the purchase price of $32million.

The offence came to light after an audit was carried out in October last year.

Asian stocks rise for 8th day on PMIs; yuan soars ahead of inauguration