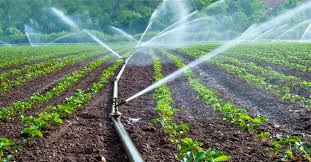 Kuziwa Matongo’s rainwater harvesting system may not look like much, but its impact is huge.

Triangular metal gutters run below the corrugated roofs on all the buildings at his home, transporting water into storage tanks below.

The spartan system allows Matongo to collect enough water to get through the dry season – an ever more difficult task in this arid, sparsely populated area of Zimbabwe’s Manicaland province.

“We are harvesting rainwater from our rooftops and I have three tanks which are almost full,” Matongo told the Thomson Reuters Foundation. “If the rains continue like this, my tanks will be full very soon. It means enough water for my family during the dry season.”

Such home rainwater harvesting system are becoming a more familiar sight in this part of eastern Zimbabwe as droughts intensify and people search for solutions to worsening water shortages.

Over the past five years, a number of new rainwater systems have been installed in the area as rains grow more erratic – a result of climate change and last year’s El Niño weather phenomenon, which brought devastating drought to large swathes of Zimbabwe.

“We have made a lot of strides in rainwater harvesting,” Matongo said. “My sister has a 5,000-litre tank at her homestead. Many people around here are doing likewise.”

To take him through the dry season, Matongo has installed one concrete tank and two steel ones with a combined capacity of more than 10,000 litres. His family uses the water collected from the rooftops mainly for drinking and cooking and augments it with water from a borehole well, he said.

Water from the borehole normally is used for gardening and livestock, as well as bathing and laundry, Matongo said. But the borehole produces so little water at the peak of the dry season that storing rainwater has become a necessity, he said.

Nevertheless, rainwater harvesting has been slow to gain widespread traction in the region of 80,000 people, where much of the land is barren apart from drought-resistant acacia and mopani trees.

Only about five percent of households have installed the systems, largely because most cannot afford them, Matongo said.

He paid for his system, which cost more than $1,000, using profits from a small business he owns, he said.

While Zimbabwe’s Meteorological Services Department has forecast higher-than-average rainfall in the current summer growing season, it has also warned farmers to “expect and plan for one form of drought or another”.

“There is need to continue with water harvesting programmes already underway. We should keep in mind that there are indications of deterioration in the rainfall amounts as the season progresses,” the meteorological department said in its seasonal climate outlook released late last year.

Rainwater harvesting is being encouraged by Blessing Zimunya, a traditional leader in the village of Chitora, south of Mutare city, who said he was urging local people to save as much water as possible during the rainy season.

“Rainwater harvesting is now very important but many people do not have the money to buy or build the tanks,” Zimunya said. His three tanks, with a combined capacity of 3,000 litres, cost more than $900, he said.

“With this past drought, water was very scarce and we have realised that every drop counts,” Zimunya told the Thomson Reuters Foundation.

In addition to harvesting water for household use, there is a need for people to construct dams to save water for livestock, said Leonard Madanhire, a villager in the farming community of Gutaurare.

“Our small dam here is almost (filled in) with sand and as villagers we are planning to work together to remove the sand and increase its capacity to hold more water,” Madanhire said.

Again, funding is an issue. “We need money to hire a dam scoop, but we don’t have the money. This is the only dam in the area serving livestock for more than 100 households,” he said.

Water harvesting systems can be very effective in rural areas because a lot of space is available for their construction, said Peter Makwanya, a climate change researcher and lecturer at Zimbabwe Open University.

But in many areas, communities “need lots of awareness and education on how best they can explore opportunities for rainwater harvesting,” he said.

Besides systems like Matongo’s, which captures water in rooftop gutters, Makwanya said people might consider everything from storing water in sand to collecting it in “rain saucers” – contraptions that look like upside-down umbrellas and gather rain straight from the sky.

Lawrence Nyagwande, the Manicaland manager of Environment Africa, a non-governmental organisation, said rainwater harvesting should be promoted vigorously to rural communities while concerns about drought are fresh.

“If it is properly marketed, people will go for it. Currently, there is a lack of knowledge on rainwater harvesting,” he said.

But Matongo said last year’s brutal drought had already persuaded many local people to harvest as much rainwater as possible, by any means possible.

“After the drought, we realised the importance of harvesting the rainwater, and local schools are also harvesting rainwater for their own uses,” he said.

Tanzania: We Have Enough Food - Ministry