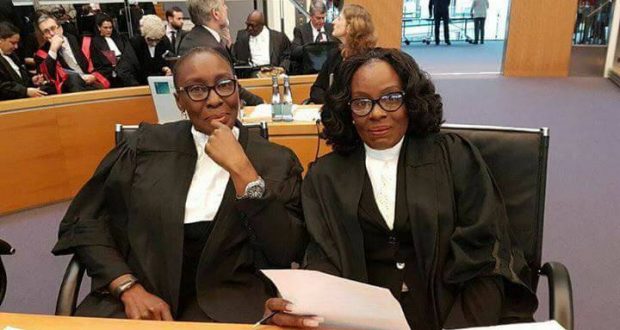 Ghana has ended the first round of oral argument in the maritime dispute between it and Ivory Coast at the International Tribunal for the Law of the Sea ITLOS.

Ivory Coast has accused Ghana of using the development of its oil industry to annex the territory which does not belong to it.

However, disputing this argument, Madam Akuffo said Ghana had developed its oil industry based on pre-existing maritime boundary the two countries have mutually recognized over the years.

“It is on the basis of this tacit, mutual understanding that over many years Ghana has developed this industry step by step, openly, from the first licensing of blocks, through decades of studies, exploratory drilling and the eventual drilling of wells” she told the Special Chamber when it resumed public hearing on Tuesday, February 6, 2017.

Based on this, she prayed the Chamber “to affirm the customary equidistance boundary” as the maritime boundary for the two countries.

Ghana at the hearing, presented maps and charts which set out the boundary of the two countries to the Tribunal, and called on it “to declare the existence of a boundary which the Parties have themselves long agreed and delimited in practice and in consequence”.

Ghana opted for arbitration processes at the ITLOS after several talks with Ivory Coast over the matter failed.

The Ivory Coast had requested the ITLOS to direct Ghana to suspend oil exploration in the disputed maritime area until a substantive ruling was given.

The court in April 2015, ordered Ghana to suspend all new drillings in the disputed area.

Madam Akuffo, who is leading Ghana’s delegation at the ITLOS in Germany questioned Ivory Coast’s latest stance over its maritime boundary with Ghana, and called on the Special Chamber to dismiss it summarily.

“The fairness and good sense of equidistance as a method of delimitation in the circumstances of this case make it understandable why the two States adopted it as a basis for their customary boundary. It is impossible to think of a fairer solution. A fairly-drawn agreed line does not suddenly become unfair simply because one State decides that it would be economically more advantageous for it if the line were drawn somewhere else”

“Ghana submits that this case is both unusual and simple. It is unusual because the maritime boundary has already been agreed upon; it is simple because, given the coastal geography, it is a textbook case where equidistance can be easily and conveniently applied to reach a fair resolution. The two approaches, agreement and delimitation, lead to the same result”.

“Ghana asks this Special Chamber not to be swayed by the rather extravagant case Côte d’Ivoire seeks to present here by relying on a bisector theory and its related maps to create a huge area as the so-called area in dispute. Their bisector claim is so unrealistic that it should be dismissed out of hand”.

The Attorney General also expressed gratitude to the former A-G, Marietta Brew Appiah Oppong, for the work she has done on the issue so far.

The two were at the ITLOS when the case resumed.

“She has worked tirelessly on this case from its inception, and I would like to acknowledge her tremendous service to Ghana throughout the case. Despite the change of government, she has continued to work closely with me in preparation for this hearing, as well as addressing you today”.

“This, in my respectful view, attests to the stability of our democracy and also underscores the fact that on the matter that brings us before this Special Chamber, Ghana stands united”, she said.

The hearing was presided over by Judge Boualem Bouguetaia, President of the Special Chamber constituted to deal with the dispute.